All You Need to Know About All India Pre-Veterinary Test 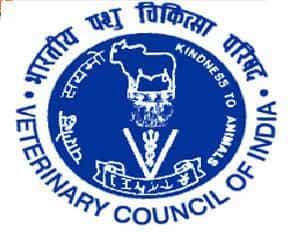 All India Pre-Veterinary Test is held every year by The Veterinary Council of India. The courses offered under AIPVT are Bachelor of Veterinary Science and Animal Husbandry. The counseling for admission in these courses get 15% All India Quota seats shall be conducted by a Veterinary Counseling Committee in respect for seat allocation and their decision shall be final. The seat allotments are done as per the candidate’s rank, choice, availability and reservation policy.

The application of AIPVT begins in the month of January and lasts till March. AIPVT 2017, applications start from January 8, 2017 and ends on March 1, 2017. The application process is online. The exam for AIPVT 2017 will be held on May 14, 2017. And the result for AIPVT is generally declared in the middle of June. After the declaration of the result the counseling begins and candidates with higher ranks are given preference. The counseling is of two types. The 1st and 2nd rounds are online, while the 3rd round is OnSpot by Personal Appearance. AIPVT 2017 admit cards will be available online and one can download them for the official site from April 14, 2017 onwards.

For being eligible to sit for AIPVT 2017 a candidate must have passed 10+2 examination board or a university with Physics, Chemistry, Biology and English as their main subjects. The candidate must be an Indian National and minimum of 17 years of age as in December 31, 2017. The upper age limit for taking the AIPVT 2017 exam is 25 years as on December 31, 2017. However, there is a relaxation of 5 years in age criteria for SC/ST/OBC students. A minimum of 50% is required for qualifying the exam for general category candidates while 40% is required for SC/ST/OBC. A candidate who is still in class XII is eligible to apply for AIPVT 2017 exam, but can only take the exam once the candidate has passed 10+2 examination. Students belonging to the State of Jammu and Kashmir are not eligible to take the AIPVT 2017 exam.

The AIPVT exam 2017 is held offline that on paper. It consists of total of 180 questions and the paper is divided into 3 parts. The AIPVT 2017 exam is conducted in both English and Hindi Languages. The three parts in the exam is divided into Physics, Chemistry and Biology. Each section has 45 questions and the exam is of 3 hours. Each correct answer fetches you 4 marks and every wrong answer takes away 1 mark. However, no mark is deducted for any unanswered question but if more than one answer is marked then there will be a deduction of 1 mark.

The syllabus for the AIPVT exam 2017 has questions from class XI and as well as class XII.

For students who are willing to appear for the AIPVT exam, they must read all the information given above so as to be able to easily sit for the exam.

Whether you work from home every day or only occasionally, a calm, focused workspace can…

Choosing the best college is a must for better future prospects. You need to have…