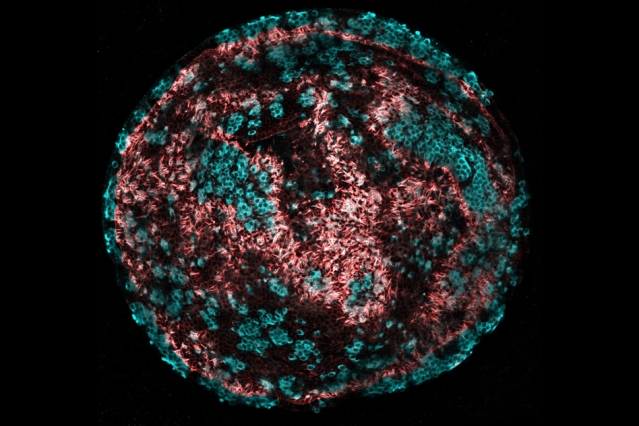 With the increase in science and technology, health related issues have surpassed all limitations. A child who is not even born is inflicted by several health problems. These days many people suffer from hearing issues and the reason behind it is also discovered, there are many hair cells that detect the sound waves and transmit it into nerve signals that enables us to hear all sorts of sounds in our everyday life. If these hair cells present inside the ear gets damaged then this will result in Hearing Loss. This Hearing Loss problem is found in 48 million Americans.

Every individual has 15,000 hair cells in each ear, and if these cells gets damaged we cannot regain it, even if lot of medical remedy is taken. Researchers at MIT, Brigham and Women’s Hospital and Massachusetts Eye and Ear have discovered a drug that increases the production of progenitor cells which is also known as supporting cells, and these cells takes the form of hair cells, and acts as a remedy to treat Hearing Loss.

This Hearing Loss problem is generally found in people who are getting old. An associate professor of medicine at Brigham, known as Jeffrey Karp and Albert Edge, who is a professor of otolaryngology at Harvard Medical School have contributed to the writing of a paper that appeared in 21st Februaryaddressing the issue of loss of hearing.

Too much subjected to loud noise, growing old and usage of antibiotics or chemotherapy leads to the loss of hair cells and the ultimate result is inability to hear.

These cells regenerate automatically in several animals but this is not the case for Homo Sapiens. The research is being carried on to find a permanent solution to this Hearing Loss problem and they have come to a conclusion that if they could develop large quantity of intestinal cells that would be immature in their existence and then these cells would be stimulated in a different way, and this would be possible after exposing them with some molecules.

During the process of experimentation, the team who was working on this project came to a conclusion that the cells that would render structural support in the development of cochlea which leads to the expression of some proteins which is also referred to as intestinal stem cells.

Researchers have said that they are trying to use this experiment in developing hair cells. If this experiment works out then an exact remedy to this gruesome Hearing Loss problem can be discovered which will give relief to many people, especially the old people.

The researchers have also said that theses supporting cells will take the form of hair cells. This remedy does not include any chemicals; hence it can be given to every patient.

The drug is supposed to be delivered into the middle ear through an injection and then it will diffuse across the membranes into the ear and all the lost hair cells will start to grow again. This is a really powerful discovery in the field of medicine.