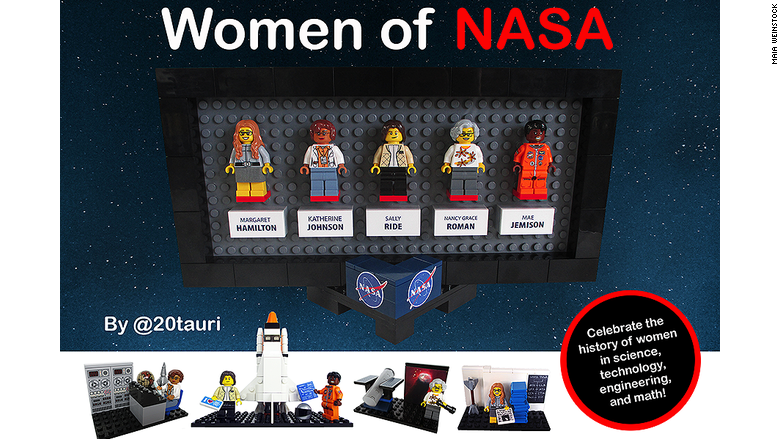 NASA had a number of women in its U.S. space program during the early days but they were simply forgotten or never even remembered at all. The success of the ‘Hidden Figures’ a movie which celebrated the contribution of women in the NASA research which eventually helped in putting man on the moon has opened door to a whole new world. Lego has recently announced that it will bring a new set featuring the pioneering women who played extremely vital role in the NASA. This Lego set figures are made under the idea series wherein fans are slowed to purpose concepts for new sets.

The figures and designer

Lego set will feature some of the prominent ladies from the U.S. space program which includes the first American woman in the space namely Sally Ride. It will also feature the figure of the mother of Hubble Space Telescope named Nancy Grace along with first African-American woman in space named Mae Jemison. It also features the figures of little known Katherine Johnson and Margaret Hamilton who helped in putting the first people on the moon. Lego has aptly titled the set as Woman of NASA and it has been designed by the popular science writer, Maria Weinstock, who also serves as the deputy editor of the MIT News. The headline for the Lego set boldly stated “Ladies rock outer space!”. 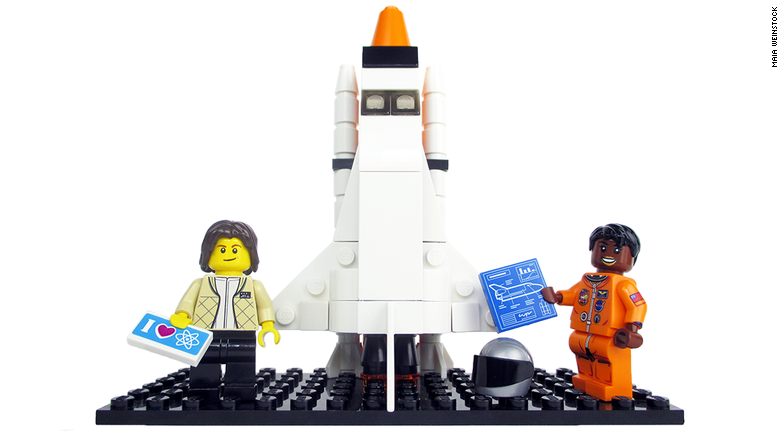 Lego reasons behind celebrating the woman in NASA

The lead designer Maria has clarified that the Lego has decided to celebrate the achievement the unsung woman heroes of NASA. This Lego set will help in lending insight into the scientist’s career as well as offering educational building experience to the children. Apart from the children it will also help adults in learning the about the history women in NASA or to be more precise their achievement in the field of the science and technology.

This move by Lego is also attributed to the fact that Lego has almost negligible female characters in its roosters of figures. It was criticized in 2007 for this after a letter from a small kid of 7 years old came into view that brought focus on the unavailability of prominent female character in the Lego figure sets across the categories.

That kid famously stated that the Lego figures didn’t offered any adventurous take for the female characters. This made Lego to rethink its stance on the development of the female figures and it released a limited edition of the ‘Research Institute’ set. This particular set was designed by a geophysicist named Ellen Koojiman and it had three female scientists which were mainly a chemist, a paleontologist and an astronomer. Lego has simply announced the ‘Women of NASA’ set but it has not finalized the design or pricing for it at the moment. The release date is still under wraps as it can be launched by the end of this year or in the early 2018. Secondly it can even be a limited edition rather than a wider release set piece.