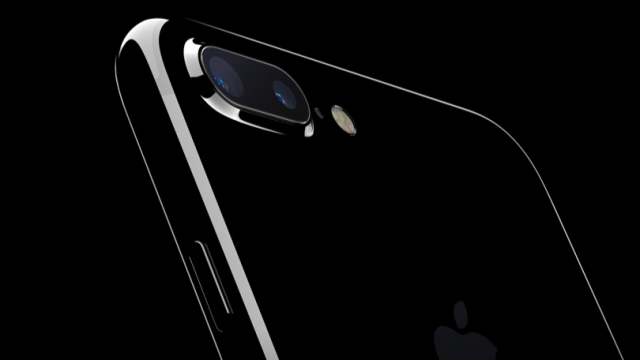 The first thing is that and silver. Jet Black is a glossy model that Apple is using in most of its Promotional videos and photos. It has stainless Steel Apple Logo. The iPhone 7 Plus doesn’t have any antenna lines across the black iPhone 7Plus line-up is that there are five models two of which are new, like Jet Black, Gold, Rose Gold, Black so it looks more unibody than ever, you’ll spot that dual-camera on the rear too.

The display on the iPhone Plus‘s is improved now 25% brighter.

Like any other smartphone, the iPhone has front and rear cameras. And especially Apple likes to give special names to these camerasthat’s how they work. The front camera is called the Face Time camera while the rear camera is the iSight camera. Now this latest iPhone 7 plus is a dual- lens camera.

Apple has added an extra feature to its 2016 iPhone7 plus model with the introduction of a brand new dual-camera system. Mainly it has indeed two lenses sitting side by side, which is different from the regular iPhone 7’s single camera lens. In short it has been said that “Two all-new cameras that shot as one for high-re optical zoom at 2x”.

iPhone 7 plus has 28mm equivalent, 12-megapixel lens as the iPhone 7 but a second 12 megapixel telephoto lens has been added to it . It offer’s optical zoom at two times and up to ten times digital zoom for photos. It has used machines how to recognize people’s faces, what is called as software zoom where you will be able to ZOOM in the cameras app between the two different focal lengths. The other is called the depth it art fully enhances the blur of the background behind the people you’re photographing. This feature will be available as the software update.

iPhone 7 plus has upgraded its:

Water resistant:  It has IP67 rating, which means they are totally protected from dust and can be immersed in water to a depth of 1 metre. It will survive a dip in the sink but probably not for swimming. This is the first time it has released a waterproof phone.

The speaker in the brand for the first time is stereo. One is on the top and the other on the bottom. Apple has announced Air Pod which is wireless versions of Apple’s famous Ear Pods, One charge will give you 5 hours of battery life.

Specifications Of iPhone 7 plus

It is always noticed that a plus version are slightly larger in size.