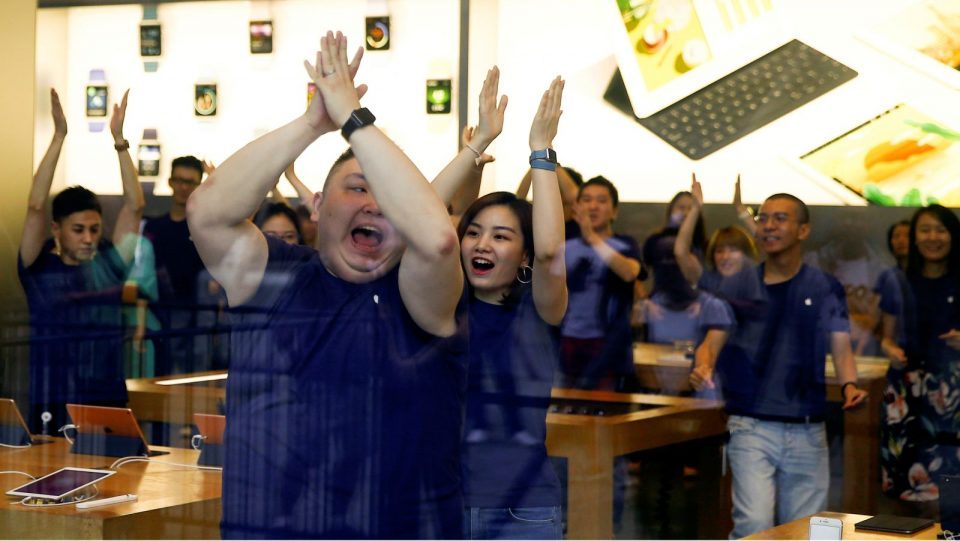 It is reported that iPhone has showed an outstanding performance for the quarter that ended on September 30, absolutely thrashing estimates by analysts and increasing its valuation to over $900 billion. To add to the strong revenue it has garnered and the profit as a whole, the company gave some more optimistic news that the tech giant’s business is finally starting to pick up again in China.

The sales statistics from greater China which also constitutes Taiwan and Hong Kong touched a new level of $9.8 billion for the quarter, establishing a 11.5% hike from the same time period in the year that went. Such kind of an increase was seen for the first time in a span of six quarters, which makes it an achievement in itself for Apple.

In the earnings call for Apple, CEO Tim Cook credited this significant turnaround in China to bold and prominent sales figures, pertaining to all Apple products, also adding that his company achieved an “all time record” for the sales of Mac in this country. He said that this bounce back seen in China was largely supported by the products. And so they just experienced an extraordinary quarter on iPad, on Services, on the Mac, on iPhone and even Apple Watch, he said.

Still, even as the $9.8 billion revenue earnings represents a significant progress from the preceding quarter, it is lower than the company’s situation in China back in 2015, when they were at the peak of their success in this region due to the excitement and anticipation that was caused by the launch of the iPhone 6 series.

The quarter comprises of the iPhone 8 and iPhone 8 Plus sales, which began in the Chinese stores in around mid-September. To say the least, a part of the growth was because of the reception these new devices got in the China market. Canalys, the research firm, observed that the entire series’ proportion of the iPhone sales in total for the quarter was more than that of the iPhone 7 which was seen last year.

Many analysts are in two minds whether this newly seen growth in China will continue or is just a one-off chance and will drop down again. Canalys believe that partly because of the supply constraints at the moment, the brand new version of the iPhone will see a brief period of healthy and prosperous grey market position, but this newfound popularity is not likely to provide any type of assistance to Apple when considering a short term. However, Neil Shah from Counterpoint Research, believes that the expensive pricing of the iPhone X could cause the revenue collected from China to reach the heights that iPhone 6 reached, even if it’s unit sales remain relatively lesser. It is anyways quite difficult to determine anything for the next three or four months at least. By that time, Apple shares will already spent 18 months to the minimum basking in the glory of the sales surge caused by the iPhone models released in 2017. So far, the hopes are high and are reaching newer heights all the more after looking at the 3% rise in shares after the peak hours of trading on Thursday.