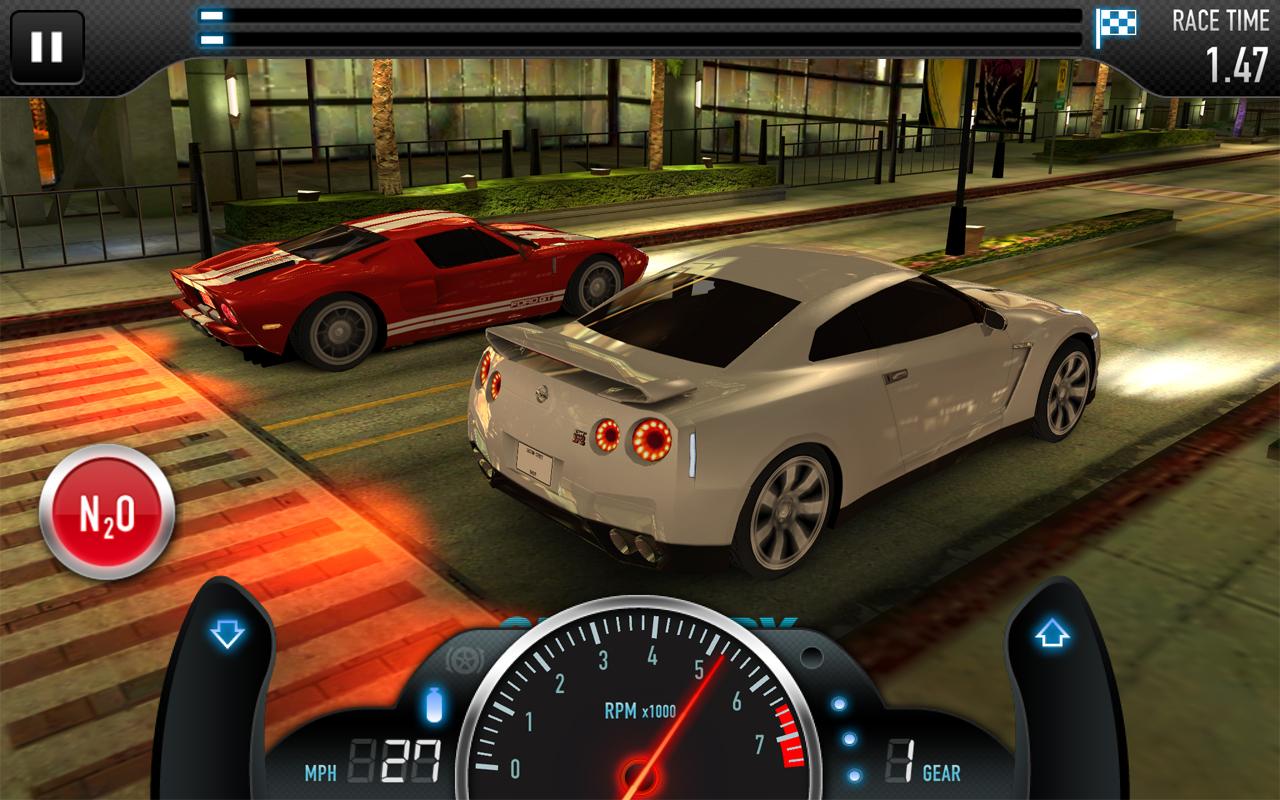 Are you one of them who always loves speed? Do you ever want to play a high graphics, racing game on your Android device? Then here is the list of the best and top 5 android racing apps for your android mobile. Based upon the various features and rating, these 5 games are sorted out by our blog.
CSR Racing: CSR Racing is the top most racing games, which bundles with premium cars such as the Audi A8, Chevy Corvette and also with a BMW M3. Not only these premium cars, it also has a list of licensed cars from Mercedes, Benlty, Nissan and other famous manufacturers around this world. In the gameplay, you can totally customize your car and your ride too. The main advantage in this game is that you can customize from unique license plate to tire rims for excellent appearances. The latest update of this allows you to rearrange your garage and allows you to buy a bigger gas tank for your car. The developer of this game makes in such a way that each and everyone who plays this game will definitely love it.
Need for Speed Most Wanted: From 8 to 80 will definitely know about the Need for Speed Most Wanted, it is one the best game that has been developed in the past for all gaming consoles. Now the NFS has entered into the android world with its android version, it provides responsive controls while playing and also in the meanwhile, it has a nice collection of unique cars in the gameplay. Electronic Arts has made a great game for racing lovers, and the game has a ton of replay value.Drag Racing: If you want to drive a list of fantastic cars, then you can go for Drag Racing; almost you can try 50 cars in the gameplay. At a time, you can play with 9 real time players through online multiplayer mode. The graphics found in this game is not up to the mark, but this game allows you to play with many online players at a time makes it more popular in the list. Out of 5, the game scores 4.5 in the Google play store.

Groove Racer: Groove Racer has an amazing list of features that makes it to be placed on this list of top 5 games. This game suits for those who need to spend their time with their smartphones, not only kids but also adults will love this game to the extreme. The game play offers you up to 66 free tracks and 16 cars, and this makes the learning curve very gentle.

If you have any other game that beats the above list, inform us through the comment box.