How Bird Brains Led to the Development of Touch Screen 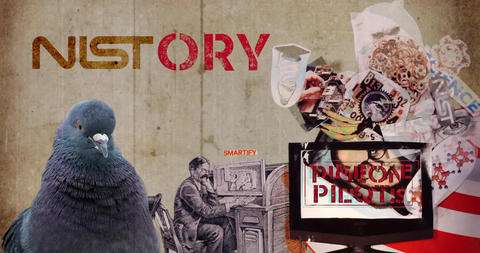 Pigeons could finish the 2nd World War with touch screen

Touch screen: Perhaps, one of the elements with which we interact more in our day to day life.

The touchscreen has become one of the promoters of this new connected society. We operate our smartphone, tablet or any other similar devices with the use of touchscreens.

And without touch screen, it would be really complicated to operate any gadgets that we use.

However, as with almost any object that we use in our daily life, we really don’t even think how it functions.

It becomes so obvious that we do not even wonder what the technology behind that element is.

The Revolution of the Touch Screen Technology

Today is a real revolution in the world of intelligent devices. It was also one of the catalysts of the current interest of many brands in the development of touch screen.

However, it was not with the first iPhone when touch screens debuted on the technology landscape.

They did not even see their appearance in the 21st century.

If we browse Wikipedia, we can realize that the first tactile monitor arose there in 1971.

It was this year when a man named Samuel Hurst invented the electronic interface. From that moment began the war between brands: the launch of the first devices, strong research in this field and of course, patents. Many patent…

In fact, to this day, patent continues to appear on the subject. We just need to remember the multi-million dollar fine imposed on Samsung in favor of Apple.

But let us not deviate from the main theme.


After the invention of the touch screen, one of the first devices to come to light was known as HP-150. This device, which at that time used MS-DOS, is a clear example of how touch technology is not current.

From here we know the story. And this is basically summed up in the refinement and commercialization of this technology: from the well-known PDAs to terminals of banks, passing through all kinds of intelligent devices, cars and a great multitude of everyday objectives.

However, the focus of touch screen has not always been the same. And it is that there are two great strands as far as this technology is concerned. But we will see that later.

A short history of development of Touch screen

The United States had a military project to train doves. The doves boarded gliders to launch bombs through a touch screen.

The Daily Mail reported that the Pigeon Project paved the way to develop the modern touch screen. This enables to advance the end of World War II.

The Pigeon Project was simple: train pigeons to accurately peck the screens that loaded gliders, with the ability to drop bombs of almost half a ton.

The purpose of using pigeons and tactile screens was to send them to dangerous missions at low altitude. So that they would launch high-destructive bombs on key targets.

Burrhus Frederic Skinner, the parent of psychological behaviorism, and the Nobel Prize winner in Physiology, trained pigeons for this purpose.

It was a practice to encourage animals to act from cues in the environment.

In Project Pigeon, the psychologist Skinner trained the birds to eat seeds on the screens. That shows the video images of the battle zones.

It gradually increased the rewards of the birds so that they snap an image furiously when it moved. That is, to throw bombs when they fly through certain zones.

The sensor system of the screens transmitted the order of the dove to guide the pumps.

The test system was perfect, according to international media reports. But the US Navy did not want to rely on costly equipment and jobs to depend on pigeon instincts. Hence they never made it to the battlefield.

In 1944 they finally finished this great project. But its use could give the Allies and the Communists a great advantage in the combat before the ferocious Army of the Nazi Germany.