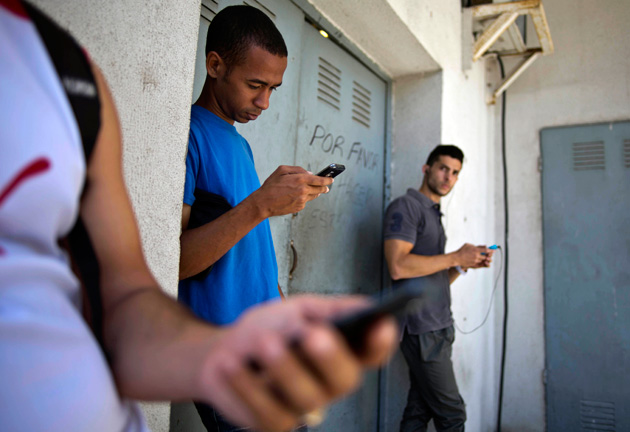 Reports suggest that Etecsa, the Cuban telecom agency has given approval to open the first public Wi-Fi hub at the cultural centre, which is run by artist Kcho. The artist has strong ties with the Cuban government is currently operating his personal hub using his own internet connection which has been approved by the government. At present the artist is paying around $900 or £600 to the government to run this kind of hubs every month.
When it comes to country like Cuba than here internet accesses is very expensive to be affordable by everyone and this is the reason why only 5-25% of the citizens only have access to any kind of internet services. A simple example of this is the fact that an average Cuban earns around $4 a week and this is the amount which is required to access an internet for about an hour in any internet cafe in Cuba. According to the statement released by the Kcho, the main aim is offering free internet at the Center is to encourage the people to get familiar with the emerging internet and the freedom it can allow to gain knowledge. This centre located at the western Havana was opened in January.
The successful collaboration:

According to the reports the Cuban government has only agreed to grant permission to sculptor Kcho to run this one of a kind public Wi-Fi service since Fidel a Castro was last seen in an exhibition held by the contemporary artist. Even though the move by the artist seems to be very bold but it is still very far from what Cubans can get through universal internet access. Most of the market analysts feel that this step however small it might be, still is very significant for the Cubans. Analysts are still unclear as to how the authorities granted permission to the artists to start such a service, they are assuming that this might be a tactical step from the government to test if the country is ready for a greater level of internet access.There have been instances wherein it has been observed that the Cubans have been able to get their hands on illegal Wi-Fi networks around their neighbourhood as well as some of the business connections in a number of locations. While on one side this might highlight the tolerance level of the government towards these kinds of actions from the public, Cubans are awaiting the announcement from the government pertaining to reduction in the cost of access as well as greater availability of internet connectivity.

With the completion of an undersea cable, the internet connectivity in Cuba has expanded tremendously; the country is still rated very low in terms of their connectivity around the world. Even the government of Cuba has shown a keen desire towards upgrading their simply non-existent telecommunication system. Long running sanctions against the country were granted by the new rules laid by the United States government on 15th January 2015. The aim was to boost the telecommunication system on this beautiful island.