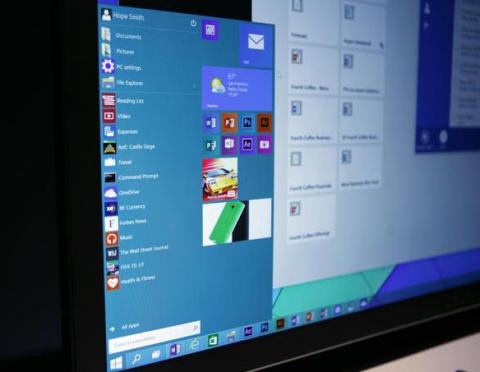 The technical preview of the new version of the Windows 10 clearly shows the potential it has and the company is currently working on it to get the product completed by 2015 summer. The most up-to-date build 10061 was released out on Wednesday and at present it is exclusively meant for the users of Windows 10 on the Fast Ring.

This detail was made available on the blog of the company. Microsoft will be offering the new Windows 10 builds either through Soft ring or the Fast ring. People on the Fast Ring will be able to get the build sooner but have the risk of getting some bugs as well. People on the stable Ring will have to wait for a bit longer and eventually they will get a more stable build.

No repetition of mistakes:

The company has been on pins to create a version of Windows which will be able to erase all the mistakes creates in the Windows 8. The version 8 was highly criticised for being too focused on tablets and being inconsiderate to the PC users. With the new Windows 10 the company is looking forward to creating a product which is user friendly and will be able to run smoothly on different PC, laptops, smartphones and tablets.

However; Microsoft has already set a Windows Insider program through which a user can download Windows 10 version and give feedback to the company to make further modifications. The latest build is aimed at improving the mail app to remove its limited capabilities.

Through the new mail app a user can easily toggle between the mail and the calendar app. Swipe gestures can be customized for deleting, marking emails as read as well as handling the mails. They can also format their toolbars, chose fonts and colours as well.

The users will also be able to add POP accounts in their mail app. The users will also have the option of changing the background colour of start menu, action center and taskbar, though the default colour will remain as black. Power button location has been moved to a more accessible place and transparency can be switched on and off.

Even in the case of latest version the Windows 10 has been working on to fix the bugs which are not deniable by users. When switching to the tablet more, there is an increase in the spacing and the size of the start button, as well as other buttons and also the task view button with the Cortana voice assistance for easy access.

Even though any device can be booted into tablet mode, if any tablet has a screen size of less than 10inch, it will automatically get into tablet mode. Users will be able to create a virtual desktop as they like.

According to some accidental comment from AMD CEO Lisa Su indicated that the product is expected to be released out in the month of July. So now the company only has couple of months to finish up all the work and give final touch and get everything right this time.