Mechanical trees become power ‘plants’ when they sway in breeze 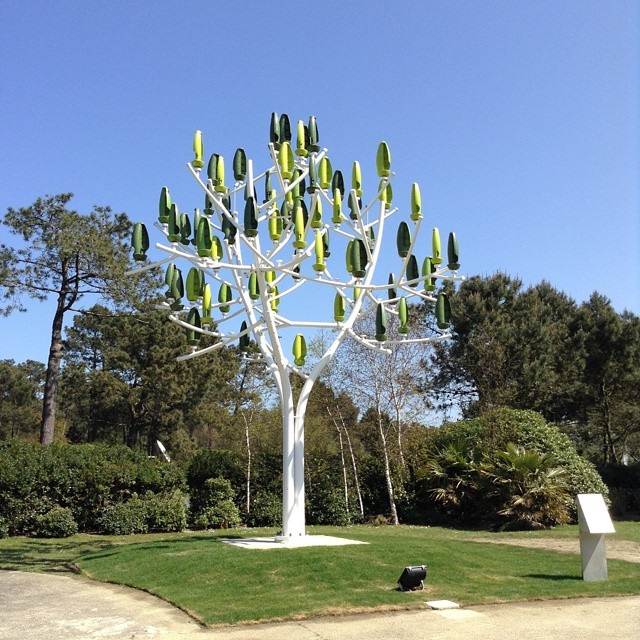 For anything useful to happen in this world, energy is needed, which in layman’s term is defined as the power or the capacity that is required to move an object, having a certain mass, by the use of some force. Energy can be in a variety of forms like chemical, thermal, nuclear, mechanical or electrical or any other form. Also, energy can be transformed from one form to the other.

Energy generated from vibration or oscillation:

Now, electrical energy is usually generated through chemical reactions or nuclear transformations apart from heat or motion. Interestingly, scientists have discovered a new way to generate electricity or voltage through mechanical vibration(s) which do not need any extra energy or power to be generated. The technology or technique involved makes use of the vibrational energy that is generated when there is a shaking movement. These movements could be the shaking of a tree by the wind; the swaying of a tall building, because of the traffic on a flyover or on the bridge or it could even be due to seismic movement(s).

The’ Journal of Sound and Vibration’, in one of its recent edition, has reported that researchers have come across something unknown that were emitted by vibrations which are generated when objects (that are in the shape or form of a tree) move or get shaken. Thereafter, in a demonstration, it was found that when structures, that resemble the shape or the form of a tree, composed of electro-mechanical materials can lead to the generation of strong vibrations from the random force that is emitted due to blowing winds or by the thumping of the feet by people when they walk on a bridge or a surface.

Scientists associated with this experiment foresee a scenario where there would be vast fields all filled with similar kind of mechanical trees moving to and fro in the wind. However, as of now, this technology might prove to be useful in a situation where the alternate renewable source(s) of energy like the solar system cannot be put to use. In that case, this method might, at best, prove to be of some use when it is implemented on a small scale. However, the advantage would be that the project would be a very cost effective and a less complicated one since the structures that are required to put will be pretty simple – perhaps a structure that would look like the trunk of a tree having just a few branches spreading out, with no leaves at all! – just like the way an ordinary tree looks like.

At this phase of development, some of the early applications predicted could be running the sensors that might be responsible for the safety and security of infra structures like bridges, high rises, etc.

The theory behind this idea is an effort to explore the possibility of using the vibrational energy generated around us every day to produce energy that would be clean and can be put to our advantage as well.