Solar energy adoption accounts to the major portion of renewable energy creation in the world. But solar energy has been found to be extensively expensive to install and maintain. It happens to yield to profitability and results after a considerable amount of time. However a team of researchers at MIT had come up with a remarkable solution which can help in increasing the power generation by solar panels by reducing the waste heat amount. This can prove critical to further the success, feasibility and profitability of adopting the solar energy as a means of energy creation on global scale.

MIT researchers have developed a new solar cell possessing the ability to enhance the power generation at the same time limiting heat loss during the creation. Researchers has emphasized that by developing solar cell in their own unique unoptimized geometry they will certainly end up in breaking the Shockley-Queisser limit.

Shockley-Queisser limit is one the most important theoretical explanation which states the maximum level of efficiency which can be attained by any given solar cell. It should be noted that the maximum limit of efficiency achieved by the commonly used silicon based solar cells is just around 32 percent. MIT researchers has found a smart way to enhance the efficiency quotient of the solar cells which could even result in breaking the Shockley-Queisser limit. 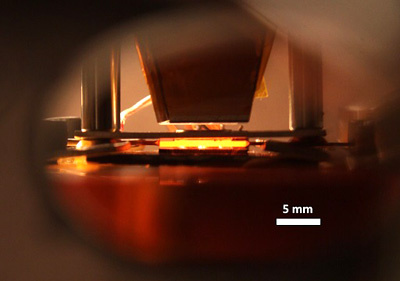 There are various tricks which can be employed to enhance the efficiency of solar cells such as staking cells. But researchers made use of a different technique called thermo photovoltaics. It can be simply stated as a process in which when sunlight is changed into heat then it gets released as light which happens to be optimum means for absorption by solar cells.

Solar cells works best on a particular wavelength of light which happens to be about 600 nm. Mostly Sun emits the ultraviolet rays and infrared while first happens to be too short and other is too stretched. Since the radiation emitted by our sun is quite limited it results in dramatically limiting the efficiency of the solar cell likewise. Furthermore it should also be understood that the job of solar cells revolves round capturing the sun light and turning it into energy. Heat is completely unwanted in a solar cell, it is only seen as a waste energy and it seriously limits the normal operation of the solar cell.