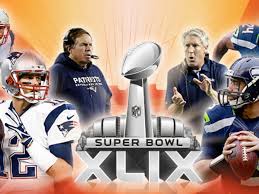 Tom Brady is expected to be looking forward to capture his 4th Super Bowl ring during the Super Bowl XLIX. During this super bowl the New England Patriots will be taking on the defensively strong Seattle Seahawks. This big game will be taking place on February 1 at the University of Phoenix Stadium in Glendale. The NBC pre-game show has been scheduled to be aired at 12 p.m. ET and the main kickoff game is scheduled for 6:30 p.m. ET. With the game being, so being popularized, now the game lovers have the option to view the game on different devices. The different ways that they can now watch the game are as follows:
Television:
If you among the people who pay companies like Comcast or Time Warner Cable for the cable services to get access to the necessary channels. If this is the case, as in case of most of the American’s, you just need to tune in to the local NBC station around 6.30 p.m. ET and you are ready to enjoy your game live. For those people who consider cord-cutting lifestyle and don’t prefer watching these games at any bar or any friends’ place can now access NBC by using over-the-air with a digital antenna, for example the Mohu Curve and the AmazonBasics HDTV Antenna. 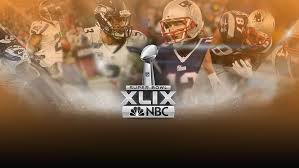 NBC will be live streaming the entire game and for the first time ever also the halftime show with special guest featuring Katy Perry and Lenny Kravitz, on the mobile app for both tablet and desktop users as well as their website. To gain access to the network’s Sports Live Extra streams, people will require user logging in to a participating satellite or cable TV provider. However, NBC has waived this requirement and are now offering Super Bowl XLIX for free to watch. The live streaming of the game starts at 12 p.m. ET and the viewers will be able to view a new episode of the NBC’s drama “The Blacklist” post the game coverage at around 10 p.m. ET.

The NFL is expected to be offering some part of the coverage on their NFL Now app as Verizon is holding the exclusive rights to live stream the game of the smartphones. The free version of the app comprises of basic highlights and scores, while on the other hand Verizon customers have to pay $5 to avail the premium subscription to watch the complete game. The smartphone app of NFL is available for Blackberry 10, iOS, Android and Windows smartphones.

One of the other options available for the customer is the Slingbox. This streaming media device can be connected to the TV and give the ability to the remotely control and watch programs on the computer, tablet and smartphone. Still this option doesn’t fall cheap for the customers. The customers will have to pay $180 for the Slingbox and Slingbox 500 comes at the retail price of $ 299. The company charges extra for their smartphone apps.