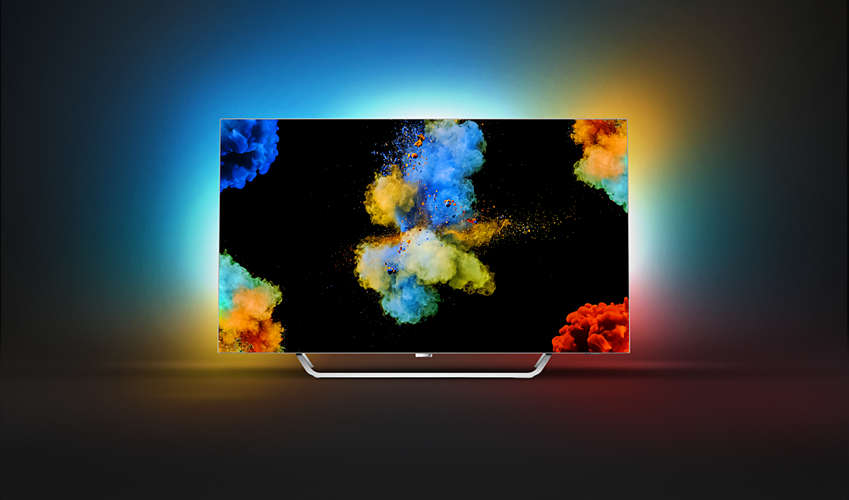 Philips 55POS9002: Can the Philips TV Stand Up to its Reviews?

The new Smart TV to hit the market is the Philips 55POS9002. This model of TV combines quality while still being in budget. You can get the best in what the world of TV’s has to offer without having to break the bank.

From the out- set the Philips 55POS9002 OLED TV looks smart and definitely not cheap, with its gleaming metallic finish and the border being as sleek as any high end TV.Coming a little closer to the TV you will notice its screen is a little bit plastic under that high end metallic finish which kinda betrays its high end look. But as they say “You get what you pay for”.

Adding to the TV is Philips’ Ambilight. This tech casts pools of light from all angles on the TV, top, bottom and rear as well as the sides. You can even adjust these lights to your own personal choice.

The Philips 55POS9002 also comes with a sleek yet durable stand, so you don’t need a big fat TV stand. Coming to the remote control, it has all what a remote control should have and add to that the qwerty keyboard on the back. This qwerty addition can be tad annoying when it comes to using the remote, as when you are in a hurry you may accidently press the wrong button. Maybe it wasn’t the brightest idea the company has had so far.

The Philips 55POS9002 TV also comes with four HDMI’s, all supporting 4K and HDR. There are also USB slots and Wi-Fi and Ethernet ports on the TV as well.

Coming to the Features on the Philips 55POS9002:

The main and most important feature the Philips 55POS9002 TV model has to offer is that it has a 4K HDR OLED screenand that special Philips Ambilight tech. But this is just the icing on the cake, now getting to the proverbial cake.

The  55POS9002 OLED TV comes with a new processor called P5, the chip packs a punch when it comes to image processing and also it combines what previously required multiple chips all on one chip itself. While the TV has not joined the 3D TV bracket, the Philips 55POS9002 supports two types of HDR that HDR10 and the new HLG or hybrid log-gamma system.

The  55POS9002 TV has also android TV and offers HDR or 4K Netflix and amazon.

Coming to the crux of the matter, Buy or not to buy that is the question….

Philips is making an impact with it’s TV segment offering TVs that offer good image quality and while at the same time being a lot sharper. This time around the Philips 55POS9002 OLED TV does better or much better than its predecessors. It may not offer the best the market has to offer at the moment but at its price and its features the Philips 55POS9002 OLED TV still proves to be a good buy.