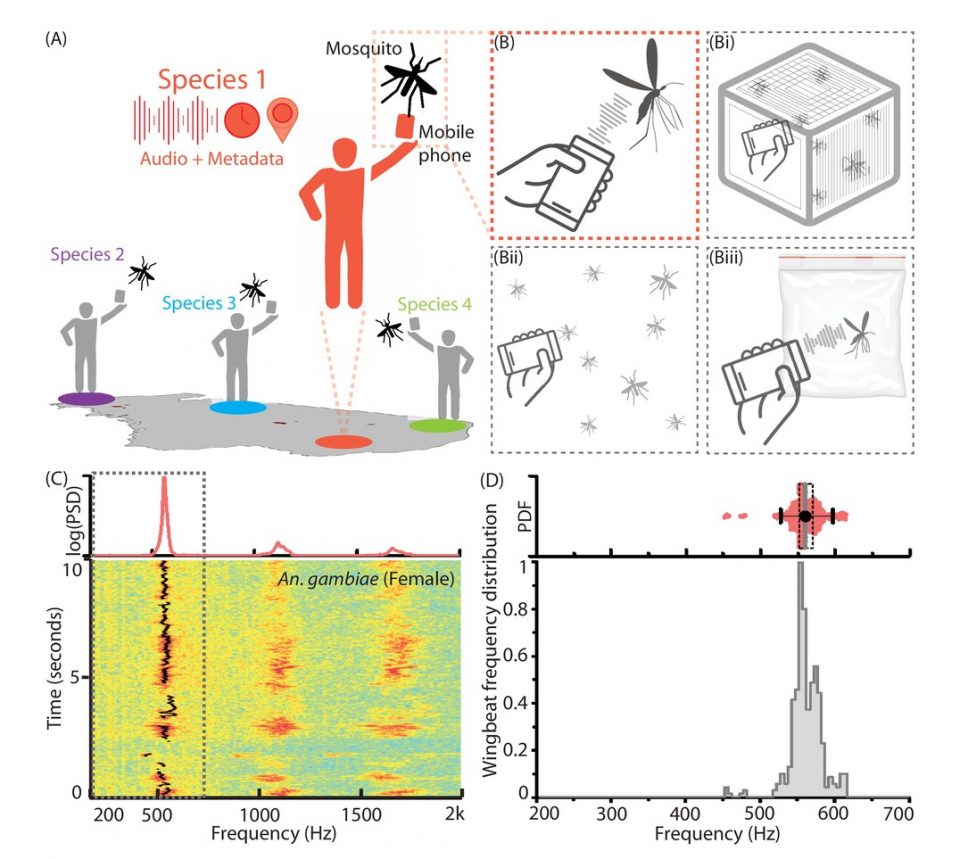 Malaria, dengue and the notorious zika virus are known to kill millions of people worldwide each year and people get infected with it by a simple mosquito bite. There is no way to tell whether the mosquito around us is dangerous or not but in order to provide answer to that a team of researchers had come with an innovative app MozzWear. It is worth noting that just 40 mosquitoes happen to load us with diseases from the 3500 species of mosquitoes present in the world. Simply by looking at them and detecting whether its dangerous or not isn’t possible almost all the animals appears to be identical for a human eye. But every species comes with its own set of unique sound signature which is specifically analyzed by the app to let everyone know whether it’s dangerous or not.

MozzWear Detecting mosquitoes with their sound

A team of researchers from the Oxford and Stanford University are taking advantage of the sound emitted by mosquitoes to identify them using an app. Mosquitoes are known to sing in order to identify each other from the mixed species mating swarms and scientist has taken the cue for their app.

Researchers from Oxford call their app MozzWear which has the ability to record mosquitoes buzz up to just 10 centimeters away. This app is designed to run on the Android devices and it comes loaded with specially made machine leaning based algorithm which are put I action to compare the different sounds emitted from the mosquitoes. During the trials it was able to identity seven mosquito species with an accuracy rate of 68-92%.

Stanford app Abuzz can be used to record mosquito sounds. Users can then upload them to a website which specifically makes use of a complex algorithm in order to match and profile the mosquitoes. At the moment this team of researchers at Stanford is also working on the SMS version wherein users will be able to send the recorded sound in a voice memo and in return they will get a text message giving out the identified mosquito. At the moment this app can be used to identify just 20 species but with an accuracy rate of 70-90% which depends on a number of factors like time, location given out from the smartphone and others.

The most striking thing about this research is that researchers didn’t have to invent anything new or extraordinary to make this work. Rather they made use of a highly sensitive microphone which can be easily found on the modern smartphone to record the mosquito sounds. This also brings our focus back on the smartphone which are showing immense potential towards bringing a revolution in the medical research and treatment in the upcoming days. Having a smartphone will allow almost every person to have access to quality medical treatment and the advancement made with Mozzwear and Abuzz is an example of it.