The Force Awakens Within Google as Apps Get Star Wars Makeover 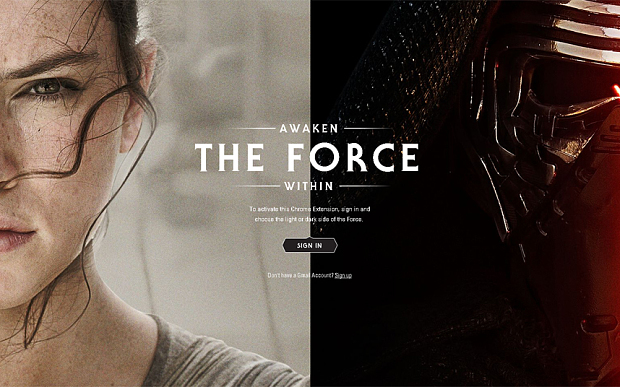 Some of Google services like Google Search, Maps, Gmail and many others have been taken over by Star Wars as the internet giant tends to prepare for the forthcoming film, The Force Awakens. Google has launched the Star Wars website in collaboration with Lucasfilm and Disney which enables users to choose side. Latest mini-game in Google enables the user to choose the light side or the dark side of the force causing their Google service to be re-skinned with the colours as well as the icons of the Rebel Alliance or the Empire.

After that all their Google apps will tend to reflect on their choice of commitment. Google has informed that once the side is chosen, it could take a few hours for the Force to awaken within all your apps.For instance, the background of Gmail tends tend to get replaced with scenes from the Star Wars universe, TIE fighters or the Millennium Falcons replace the location on Google Maps and the loading screen of YouTube converts to force coloured. The date of the film which is December 18 is also added to the Google Calendar. On visiting google.com/starwars, users could log into their Google account, select if they want to join the light or the dark side. 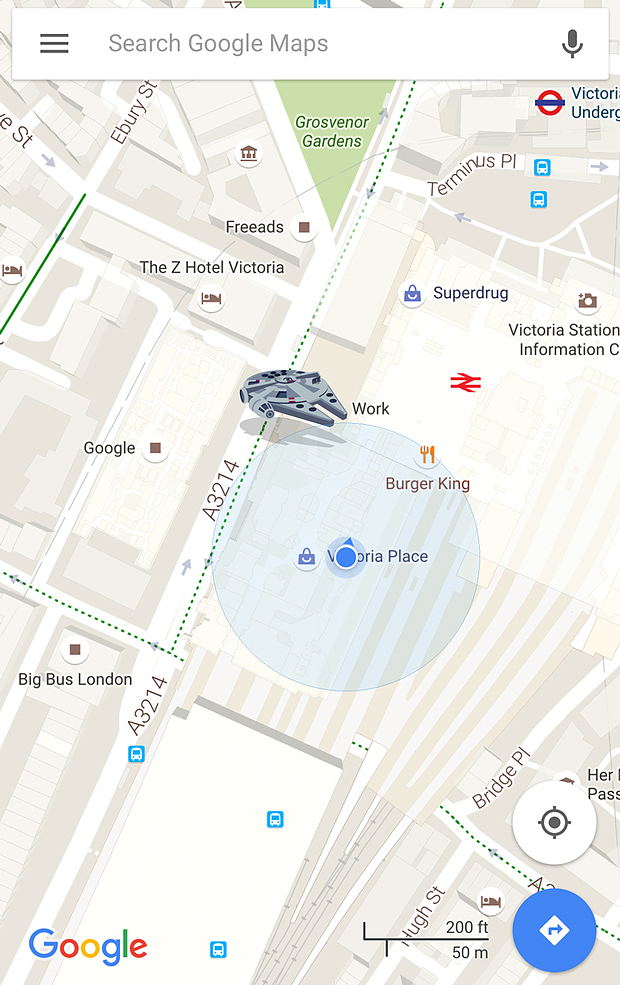 Thereafter, certain services of Google inclusive of Gmail, Search, Maps, YouTube, Calendar, Waze, Android Wears etc. will comprise to references of the Star Wars universe. For example, Waze is the navigation app that is owned by Google, featuring voice navigation from C-3PO. Clay Bavor of Google’s had mentioned on the company’s blog that it probably is not a surprise what there are tons of Star Wars fans including him at Google and one can regularly spot Darth Vaders, dogs dressed like Yoda and even the occasional storm trooper roaming the halls of their data centres, possibly still looking for those droids.Gmail users, would get new backgrounds as part of the Star Wars makeover wherein their YouTube progress bar and volume slider would turn to red or blue while their position marker would transform into a TIE fighter or the rebellion X-Wing spacecraft in Google Maps. According to Google, there would be changes also to Chrome, Google Translate, Chromecast, Waze and the others

Supporters to Post Preferences of Side to Social Media

Google states that if the user prefers to return their account to normal, they could use the option of manually changing it. Google has mentioned that they would be adding sequences of new features to their services in the following weeks leading up to the release of the film like adding the Millennium Falcon in virtual reality. Moreover, the Google Star Wars page also tends to feature a balance counter portraying how many people have opted for each side. It states that some of the services may take some hours to change after a user has opted or switched side. Supporters are encouraged to visit the site to post their preferences of sides to social media by using the hastag, #ChooseYourSide, which would help in powering the indicator on their homepage showing the balance of the forces.