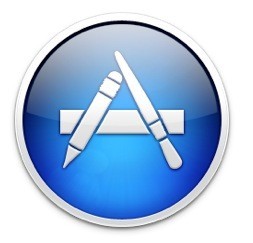 Apple has brought some modification in terms of phrasing regarding the free games, available in its App Store. This change is related to the app purchase button. The button where once the word Free is written gets replaced with the word- Get. This alteration has been applied on the iOS App Store as well as the desktop App Store. Apps that include an upfront charge keep on to be listed along with a price behind it. The major App Store website in the desktop is yet applying the previous- Free wording, although it will probably be revised soon.
Why Apple has made such a decision?

It is not completely apparent why Apple has planned to substitute Free with the word Get, however it might have to do with the rising attitude that apps having in-app purchases are not totally free. In the earlier part of this year, European Commission requested Apple and even Google to bring changes to the approach they sell apps, in order to keep away from misleading customers regarding free games, which are not in fact free.In the last July, Google declared that it would stop calling the online games having in-app purchases as free. As a result, it prompts the European Commission to compel Apple to make the same thing by speaking that the company had not yet done enough to address directly its concerns.In an announcement that shows the accusations of EU, Apple directed to its powerful parental controls, the tags designed for purchases of in-app, and kid tabs in the App Store. Moreover, Apple also emphasized the feature of Family Sharing, named as Ask to Buy, in iOS 8. It also stated that it would carry on dealing with the member states of EC to reply to their concerns.
Apple made some declarations
Apple CEO T. Cook declared earlier in this year that his company had agreed with Federal Trade Commission to settle an argument regarding the in-app purchases, though he claimed that the consent order that was proposed by FTC does not make them anything to do. Since the App Store has developed, Apple has done considerable changes to try to adequately notify customers regarding in-app purchases. Each of the apps having in-app purchases are evidently indicated with a phrase- Offers In-App Purchases, written on their purchase web pages and also in the top charts of App Store.
Apple asks the users to type a pass code before starting any in-app purchase. It even denotes the users when the in-app purchase online can be made. IOS 8 launched even more control regarding the app purchases, by allowing the parents to support or deny their kid’s purchases by means of Family Sharing.However, Apple has made a great amount of flack from purchasers and customer protection groups in the years when apps advertised as free, which drive in-app purchases more. The freemium version has been applied in some cases to avoid the lack of some app trials. For instance, a developer can make any app free for download, but need in-app purchase to get the app’s complete utility.