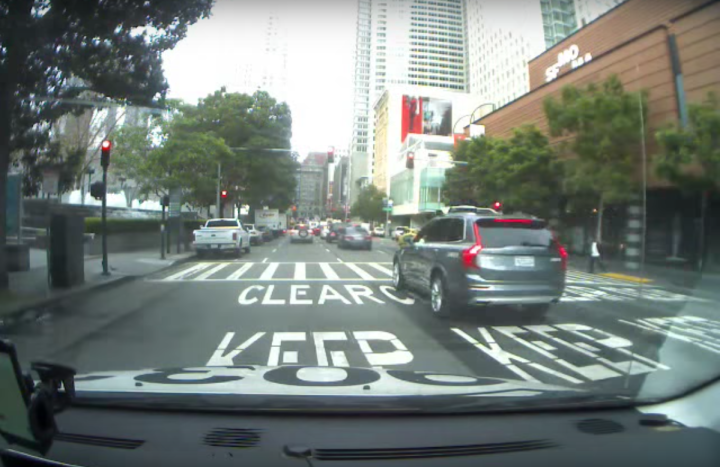 Uber has jumped guns on the self-driving cars and technology by launching its own fleet of such automobiles rather than resorting to perfect a single car before moving further. On the very first day of its trials Uber’s self-driving fleet has started raising questions as one of its car simply failed to stop at the red light.

This incident happened in the in San Francisco on 14th December where this scene was captured by a number of people though Uber has cleared its self driving vehicle by stating that it is completely based on ‘human error’.

A video has been released on the Youtube by a taxi company which showcases the Uber self-driving past zooming past the red light form its dashboard camera. In this video Uber vehicle is shown zooming past the other vehicle on the red signal even when a pedestrian is crossing the road. A similar incident happened at another part of the city which reported and spotted by a writer name Annie Gaus.

Uber is in trouble

Uber has failed to responds to the queries from the media which has started raising question where there was really a human driver operating the car or it was a flaw on part of car’s self-driving system.

Uber has tried to calm down the damage done to its self-driving experiment was stating that it was caused by human-error and secondly there were no passenger in the vehicle. But it is worth understanding that running over a red light brings a grave threat to not just the car but the driver, passenger, passerby and other vehicles on the road as a whole.

Another aspect of conducting tests for automobile is to ensure ‘reliability’ of the operators, whether, ‘human’ or ‘computer system’. If Uber is unable to bring reliable individual or technology then shouldn’t indulge in conducting tests in the densely populated cities.

Uber has already started its trials for self driving fleets in Pittsburg during the early months of 2016 where it was widely reported that Uber car was running on the road side of the road. Another report revealed a major accident in which Uber car was involved.  However there is no such record of that incident in the records of city’s authorities.

No concern for road safety

The major push for the self-driving vehicles stems from the need of improving the road safety and to lower the amount of lives lost due to accidents on yearly basis. But untested and infant technology which is the case of self-driving technology shouldn’t be allowed for trials on roads or even to be placed in the vehicles during the first phase. In similar fashion Google autonomous car got involved in accident in California while Tesla vehicle also involved in accident which resulted in death. Therefore it is necessary for the authorities and manufacturers to first infuse safety in their technology before making it viable to the public.