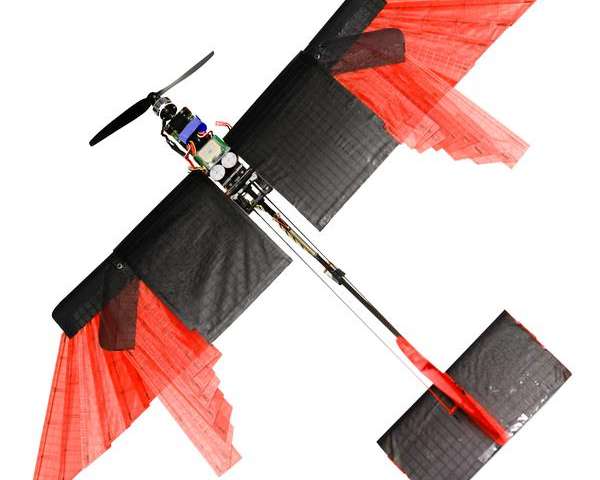 A research has been published in the Royal Society journal, Interface Focus, by a group of researchers which showcases a drone equipped with wings acting just like a bird. This bio-inspired device is turning heads of all with its ability to fold and unfold its wings while flying alike bird which makes it easier to maneuver through the sky and it happens to extensively resistant to the high winds. This device has complete set of features which are found in birds including ability to change direction, increase or decrease the speed along with countering the headwinds in-flight. It can achieve all the ability and configuration of a bird by simply making simple adjustment in the wingspan as per the need of the hour.

The inspiration behind this drone

The team of researchers under Dario Floreano was hugely inspired by the natural system of flight seen in the birds. They wanted to recreate this with their bio-inspired drone which can meet the various aerodynamic possibilities of the bird.

In order to emerge as a true bird their drone has be able to fly between obstacles, cope the strong winds in its path and make the sharp turns when required. This can only be done if the drone possesses the ability to change its geometry midflight which was a tough task to achieve.  Therefore researchers inserted a moving part right on the outer wings to offers it the much-needed flexibility just like the bird’s features.

One of the researchers explained that the birds are extremely fascinated creation of nature. Birds possess the ability to transform radically their size and shape of the wings due to the construction of the skeleton. The muscle pulled across the skeleton helps birds in folding and unfolding the features and wings as per the need of the hour. In the similar fashion researchers has developed the ability in drone to fold and overlap just like a fan.

The major challenge in designing the drone

There were many challenges associated with developing this drone as it has to effectively morph the mechanism found in the bird which is natural. Researchers had a tough time finding the right balance between the aerodynamic efficiency and weight of the device. IN order to overcome it the wing of the drone was made up of composite materials which can help in maximizing the strength at the same time reducing the weight.

Another major challenge for the researchers was to ensure that the artificial wingspan had the capability to adapt as per the change in the environment and weather conditions. When it comes to aeronautics then this particular plays a major spoilsport and engineers are still struggling to come with up reliable and stable solutions.

But this group’s invention of foldable wings will certainly help the aeronautics engineers in years to come. In short this small drone happens to be a great invention which will have huge applications in future wherein we might see it being utilized in search & rescue, disaster management and even military usage.