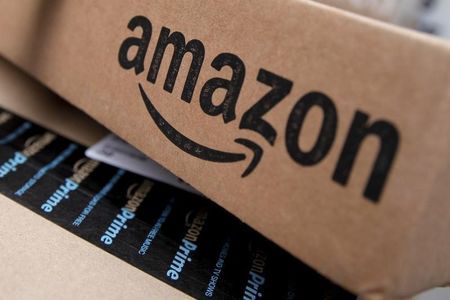 Apple and Spotify and some other small streaming music services have been ruling this particular segment for quite some time. Amazon is all set to dip its toes in the music streaming service by launching its own subscription based service very soon. Amazon has been experimenting with this idea for few months and now ideas are taking fruition in the imminent launch of a standalone music streaming subscription based service. Amazon is planning to remain competitive by offering the service at a cost of just $9.99 per month.

Amazon already offers a free streaming music service and it comes bundled on its exclusive Prime category. Amazon Prime not just offers better shipping rates and video service to the customers but also offers music service. However Amazon is set up the ante by launching a standalone streaming music service but it is quite late to enter into this arena. But with its popularity as an ecommerce giant it will be easier for the Amazon to woo in new customers and increase the adoption rate of its service within a short time. Amazon will benefit from the popularity of its Echo range of home speakers which easily makes searches on the internet and places order on the site through customer’s voice commands. Amazon music service will also help in increasing interactions on the daily basis between the company and its consumers.

With the launch of new music service Amazon will come head to head against both Spotify and Apple Music which boasts of immense content. Amazon will also diversify the subscription offering and it will be a departure from the single to annual subscription. In order to make it easier for the customers to pay for the content and services Amazon now even allows subscribers of Prime to pay on monthly basis.

Amazon going for the kill with new music streaming service

Apple and Google have shown a keenness to improvise and tailor their music streaming service as per the user needs and preferences which resulted in boosting the sales. In the similar fashion Amazon is hoping to bring a tight integration of its music service with the Echo in order to appear more appealing to the customers. Echo has emerged as a hit among the customers it is giving run for money to the Google which seems a right choice for the Amazon to come up with a strong music streaming service.

It will offer the basic media options to the customers through its Prime service at the same time it will also sell additional subscriptions for deeper music experience. Quite recently Amazon had also launched its own standalone video service aptly titled Amazon Video.

Industry experts believes that upcoming Amazon music streaming service will only end up in stealing customers primarily from the Spotify while Apple will remain safe. However competitive pricing and ability to listen to music across wide range of devices will certainly hurt the efforts and profits of other music streaming services including the Apple Music.