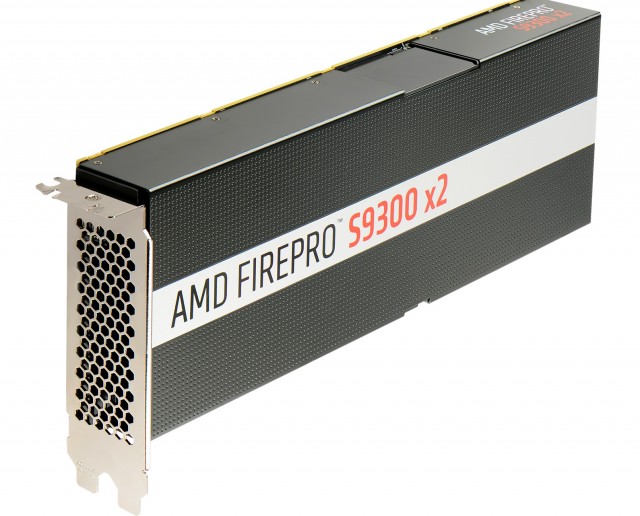 We need more advancement in every known field of science and technology to live up one day in the futuristic world. Advancement can only be brought with right level of hardware technology which can help in providing timely calculations. With these thoughts in mind AMD has brought the world’s first dual GPU which will be powering the HPC and scientific computing in few months. AMD has released GPU named Radeon Pro which was selling $1500 a piece earlier and it has specific focus developing content for the VR. The new GPU is called FirePro S9300 x2 aimed at the HPC space.

It has unique single precision based floating point performance which is being to be its core strength. It has 13.9TFLOPS which simply happens to be most powerful card ever designed by the AMD having the single precision performance. This GPU chipset comes with a passive cooling along with a 300W power envelope and it does have a lower clock speeds but it doesn’t affect the performance at all. Another thing worth pointing is that this chipset power consumption takes a steep rise with the increase in the clock speed. The S9300 x2 doesn’t have support for the ECC memory and it offers the double point performance only up to 2.6TFLOPS. 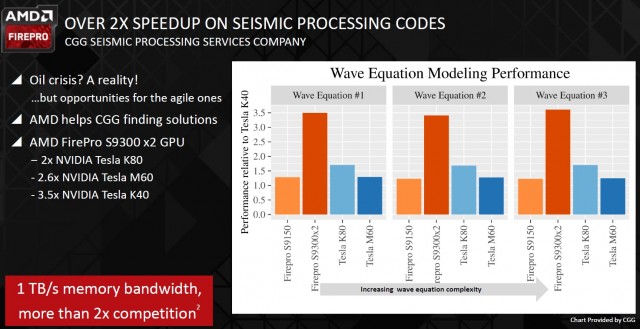 The HBM bottleneck faced by AMD

Using the high bandwidth memory (HBM)in the Fiji GPU brought some unwanted problems for the AMD as it has to do away with memory capacity and raw bandwidth. Having the HBM in the chip allows it to get 512 GB per second memory bus without using too much power. How the biggest disadvantage faced with using the first generation HBM is that the memory buffer is limited to just 4GB.

From the moment AMD has announced its latest Fiji chip there has been rumors emerging which signals that AMD might be working towards building a new GPU in future having more than 4GB RAM. The latest S9300 x2 already costs about $6000 but with given advancement made by the AMD the next iteration of GPU will be much more powerful at the same time it will cost just little bit more than present chipset. 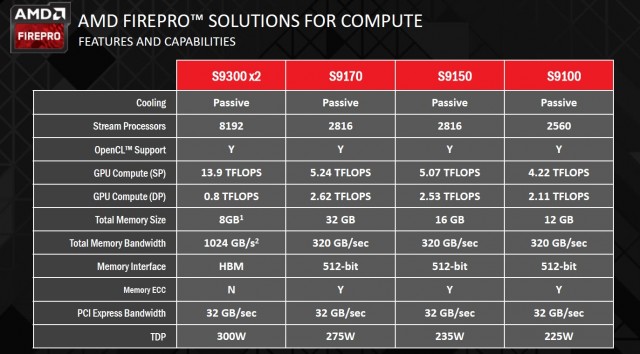 AMD development of a niche product opens up a new avenue

AMD has introduced the S9300 X2 as a niche product which can only be used in the arena of HPC space. However it is good to note that the established chip manufacturers are willing to take risk and bring products in the professional market which is hugely dominated by the Nvidia. Nvidia as of now hold a great market share in between 75-85% of the total chip sales in the professional GPU market. It is worth noting that in the HPC space Nvidia simply dominates cent percent but AMD new GPU set is going to make a robust entry in this arena. Another thing with works in favor of the AMD is that its super powerful GPU sells at a relatively cheaper price of $6000.