Android Nougat Leaps Ahead of iOS 10 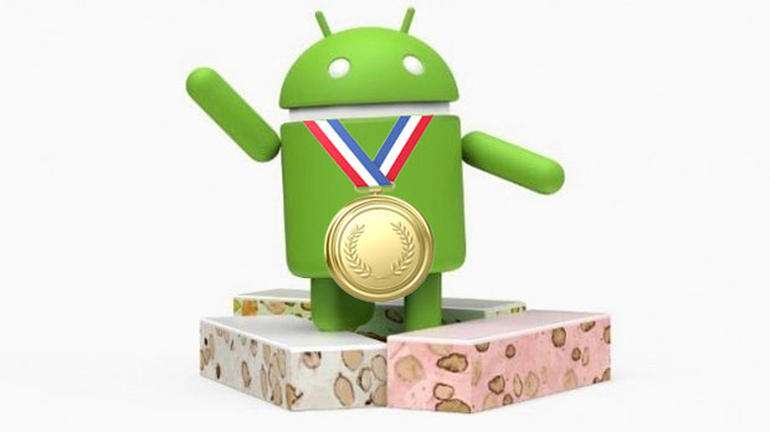 Ever since the advent of the Smartphone there has been a rush of development of a unique operating system that would make it user friendly. From the number of developers working worldwide it is undoubtedly Google that has stood out of this pack with their Android OS. Right from the word’ go’, Android has leapt forward with a slew of innovative features that gave users a world of features that they wanted.

Interestingly, the various versions of Android that have developed over time have been named after sweet or confectionary related items. This is probably to drive home the point that the benefit of Andriod is sweet indeed for the users. What started out as version Jelly Bean has travelled through various versions to finally arrive at Nougat, the latest, and some say the best.

However, their catching up has never quite mattered to the largest chunk of Android users. Its true biggies such as IPhone with their IOS have invested a lot of effort to excel and give their users an edge, they haven’t had noteworthy success.

Although the newly released Nougat is currently only limited to users of Nexus devices it will be made available to a larger audience soon and the release has been very effortless. Invariably Nougat users are in for a treat with the unique features of the latest Android OS. There are certain aspects in this that even high-end IPhone users don’t enjoy and that makes it a very sought after OS.

One of the top features in Nougat is that it allows for two apps to be run simultaneously which is definitely not something an IOS user can boast of in their high-end devices.

An extraordinary improved Doze mode in Nougat actually allows the phone to understand if the phone is being kept inside a pocket or a bag. This will enable the phone to intuitively go into a low power consumption mode, thereby saving on battery power, hence longer battery life.

Android, Nougat will allow user to access a quick setting mode that will enable a much higher level of customization for users.

What is most evident from this is the fact that Android developers have a clear ear to the ground and know what customer asks for. These have been things that customers have expressed a desire for and with the release of Nougat. Android is making it available to them with dedicated efficiency.

However, all said and done since right now, the Nougat is only available with high end Nexus devices in particular. This means that a large section of Android users will not be able to derive the enhanced Nougat experience for quite some time to come. While many of us wait for this new Nougat experience the folks at Android are already collecting information to take us to the next unknown level.