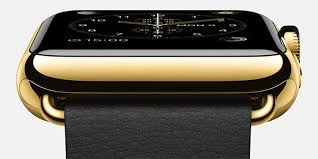 One of the most common complications for people opting to buy any of the Apple products is to decide between convenience and status symbol. People who are considering the new Apple Gold watch as either the status of symbol or even as fashion statement are somewhere no problem to the community. The new Apple gold watch seems to have missed the mark this time. Seems like the company has missed out on an opportunity where they could have done something great but they have gone to something which is way beneath the company’s potential.

Even though most of the Apple products are overpriced yet they are rooted in profit margins and technology. The technology used by the company in their products is seemingly related with their functions that are provided with the device. For example, a sharper, better and more expensive Retina display is at least loosely connected to the price apart from the same connection being seen with the large screen of the products. Even the faster processors are also connected with the price as well.

The Apple watch somehow seems to be disconnected with their presumed purpose. Gold for the sake of Gold looks like the company’s main purpose is to make the rich people look good. Looks like the company has invested their time and money only directed towards the pretty glitterati. If the Apple starts making 18-karat gold iPhones, there are people who might still be able to afford it, and if they start thinking about 18-karat gold iPads, they will again have to target the high class rich people. The Apple watch does raises curiosity in everyone’s mind but still it indicates the dumbness of the people to go for a gold watch. Apple watch edition seems to have taken the complete concept of the company in the opposite direction. People need to remember that these watched are not heirloom but a limited edition of smartwatch meant for use.

Is there is any other way?

Nobody is able to understand as to what made Apple think about investing in such traditional watches. Could it be a sensible decision from the company’s end to offer both high end and lower end watched and make the people purchase something that falls in between? Can this just be another psychological ploy from the company to sell more stainless steel watches?

If anyone of the above is true then looks like Apple has failed miserably by focusing on making a product without any appropriate reason. This product can nowhere touch someone’s life or improve them for say. There might be a thousand yes for the Apple smart watch but no’s for the Apple watch edition. The company could have opted for making the watch in gold plating instead of using real gold. So from the reality point of view, what the company has produced is complete disappointment. They need to redefine fashion rather than just fashion.