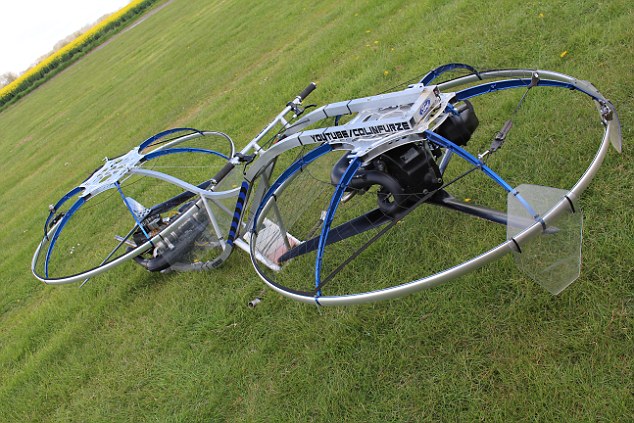 Hovering crafts ranging from the boards to automobiles has only been limited to the science fiction movies. Most of the science fiction literature is filled with such hovering objects which are supposed to be in the present in the current century. Though there are any working hovering crafts available or even shown in the prototype by the multitude of research facilities and institutes across the globe.

However one extremely determined and exceptionally talented British nation who works as a plumber has invented an indigenous working hoverbike. He goes by the name Colin Furze and has created a sensation on the YouTube by showcasing a working hoverike. His hoverbike allows user to get off the ground and fly in air with perfection.

Colin Furze has uploaded the video of his homemade hoverbike on the YouTube on Thursday. It has become a viral hit and so far it has recived 8.1 million views. His hoverbike has two accelerators but doesn’t have any breaks or seat.

Furze has brought steering capability to the hoverbike which make it easier to move around but maneuvering the bike is quite tricky in itself. Hoverbike make use of two propeller blades on either which helps in hovering in the air for just few inches to one feet. Furze is still working on the landing as seen from the video because he had fell quite a number of times while trying to land the hoverbike. 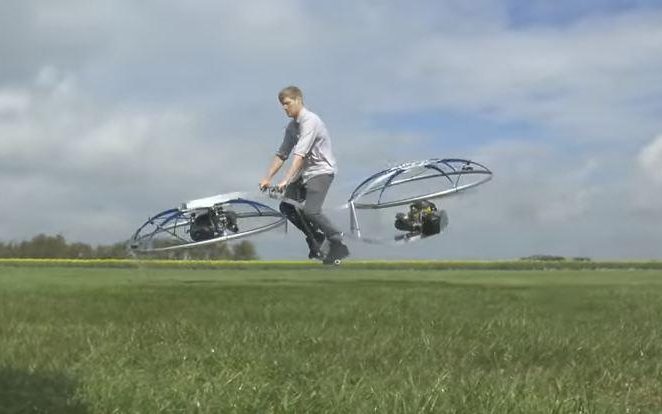 It is worth pointing out the Furze doesn’t hold any formal engineering qualification yet he has been able to build and most make his hoverbike fly for real.

Fruze has a history of developing unique vehicles

It will be absurd to assume that Colin Fruze out of the blue came up with the idea of building a hoverbike and ended up doing it in the right manner. Colin Fruze has immense experience in building such kind of unique and highly creative automobiles. He has been developing wide range of vehicle since 2006 by using his immense experience in the plumbing field. So far he has successfully create the world’s fastest stroller making use of the turbojet engines, longest motorbike and a crazy invention which happens to a jet powered motorcycle. 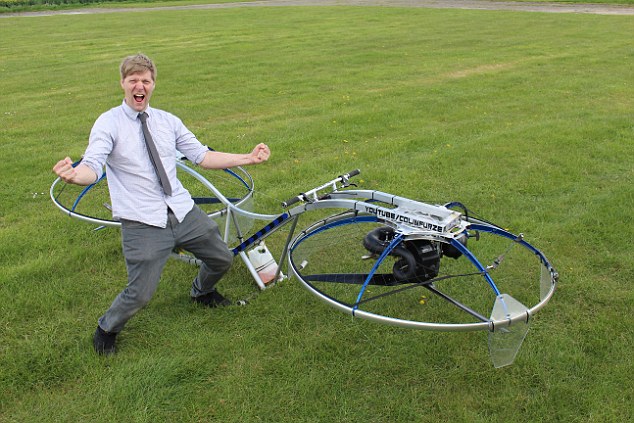 Hoverbike is a result of hard work and effort of the Colin Fruze beyond doubt. This particular project was blessed with a sponsorship from Ford as a part of their prestigious Unlearn Campaign. This particular campaign has been gaining immense popularity in UK as it encourages innovation by simply asking the people to try something new which hasn’t been done yet.

Getting idea for a completely new innovation is definitely a hard task. So Fruze asked the public on social media and YouTube to suggest some of the cool and craziest ides to try out for developing new mode or type of transportation. Within 24 hours he was flooded with 10,000 suggestions which included some silly suggestion like heli helmet to some serious suggestion a hovercraft-hybrid helicopter and a turbine powered quadcopter.