Convert Your Living Room into a Wireless Charging Station 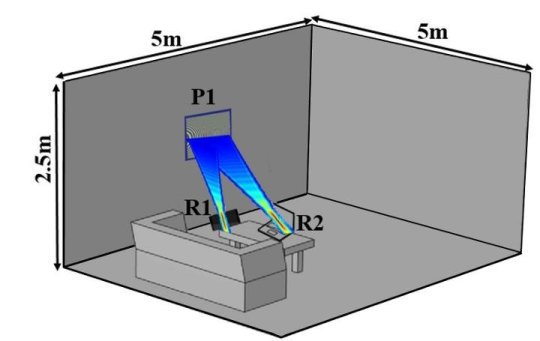 Technology is ruling the entire world and the whole crux of the competition existing everywhere is the competition to launch new technologies may that be in your car, smartphones or other frequently used gadgets. The more latest is the technology the more the product is in demand. It’s all about living an advanced life that will give you a sense of superiority in comparison to others. We human beings have internalized the clutch of up-dated technologies so much that we want everything to be done without putting in any effort. Similarly an advanced version of technology is here that will change your entire living room into a Wireless Charging station.

A flat-screen Television is launched that looks like a TV, but originally it isn’t so. The flat-screen gadget is a device that will charge all other electronics into the room within the line of its counselling. The Wireless Charging device is similar to the shape and size of your television but its functionality will give you an entire different sense of its being.

In one of the paper posted by the engineers of Duke University on 23rd October, 2016 has given a green signal to this project Wireless Charging Station saying that this technology is still existing only it needs to be re-designed to get the best possibleresults.

You can now charge anything wirelessly without any effort like headphones, mobile phones, watches, laptops, tablets and many more that has become an important part of every beings life. Spending even a single day without them will make you feel crippled but with this hi-tech technology you can charge them by just sitting in your room where the flat-screen is situated, the best place to locate it is the drawing area and go on charging your imperative gadgets without the hassle of cords, plug-points and other nuisance. David Smith who is the professor and Chairperson of the Department of Electrical and Computer Engineering at Duke have also seconded this view and is in full support of this alluring technology that will make life less stressful for everyone, freeing them from the troubles of dead batteries.

We are aware of wireless charging, some gadgets are there that offer this facility but converting an entire room into a charging station tend to tempt every heart. You just need to place your device in close proximity to the flat-screen or to the line of its counsellingand gain the privilege of charging several devices together without any discrepancy. The magnetic field that is created will channelize your device to get charged up. This magnetic field is also the safest mode of charging as it is far away from the possibility of getting a shock or damaging the device which is being charged and this makes it the most convenient mode of wireless charging that has become the preference of many in contemporary times.

Wireless Charging features leading to high protection and cost-effectiveness and highlyfavorable source of electromagnetic energy has made it the best product of the era which you can rely on.