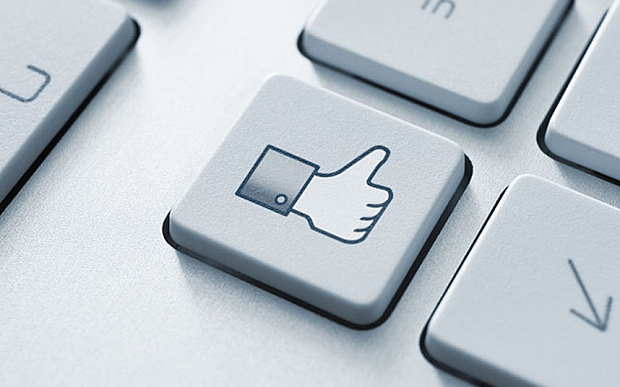 A spam error on Facebook for sometime blocked users and did not allow them to post the phrase ‘everyone will know ‘on the site, sparking speculation online. Users then went on internet forums and message boards to find out why they could not post the words on the largest social network in the world.

The problem was initially flagged up on Friday when someone posted a topic on question.com. The phrase was blocked by Facebook as an error and also as a spam phrase on the site.

Facebook’s security communications professional Melanie Ensign quoted to the Huffington Post “This was a fault by our spam filter but our engineers have now resolved the problem”. She further added “We are frequently updating the rules used by our spam fighting machine and this phrase mistakenly got trapped in the mix”.

Many have tried to post it but have and have not been successful in posting it. They explained that if you try to post it more than once, it would block from posting any status. 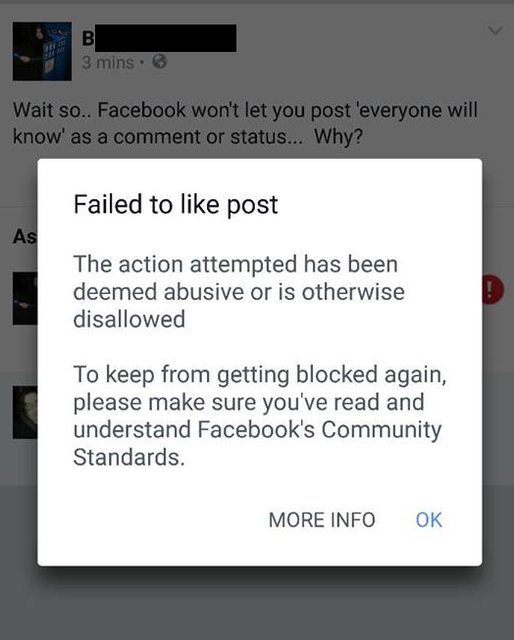 Another customer explained that he received a message saying Facebook’s spam filter problem was also discussed several people on Reddit after user system requirements claimed that they were not able to use the phrase in a status posted or when commenting. Numerous commenters wondered if this was some kind of Halloween hoax, because it appeared very spooky that such a undamaging phrase, which became oddly ominous in this context, would be censored.

Another customer received the below error message.

“We actively fight spam, phishing, malware and any other attacks on Facebook “explained the site’s Help Centre.

Facebook somehow manages to make the social interactions of more than a few hundred million people real easy, and at the same time also blocks out the activities of persons and groups looking to influence or take advantage of it. 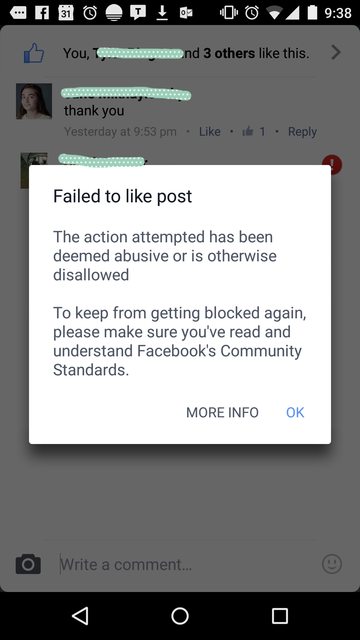 Facebook is a privately-owned company. So are Google, Yahoo, Twitter, and all the other social networking sites. Since they are privately owned, they have the right to control what content is permissible on their service.

This is sort of prearranged when dealing with private ownership, but we are entering an age where a rising percentage of our everyday communication is moving through privately owned channels.

As users put it, “so you can’t post it, because too many people are trying to post it? Which means it gets more popular and everyone tries to post it, which in turn means no one can post it?”

Facebook lately unveiled plans to add happiness, love and anger buttons as alternatives to its ‘like ‘button.