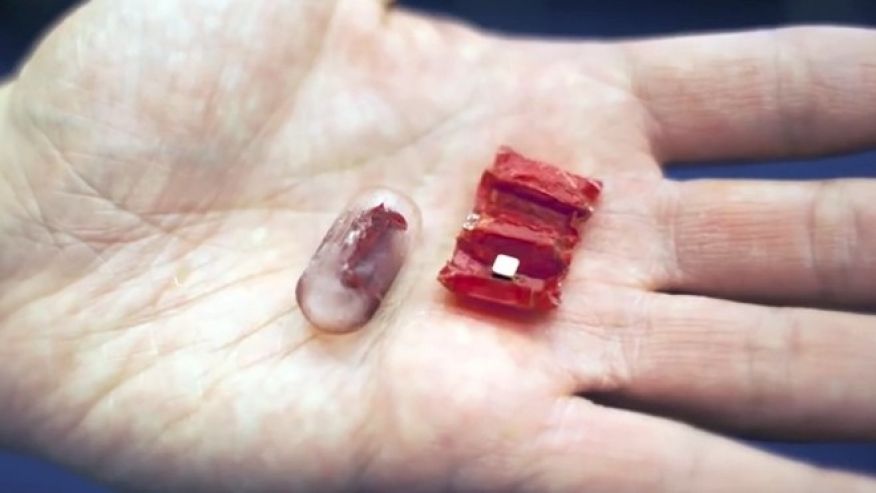 Children are known to swallow tiny toy parts every then and now and it creates a huge health scare for the parents. A team of researchers has taken this idea to a new level by creating an ingestible Droid which can put to perform some specifics tasks within the body. It can be used for patching up an internal wound or to target a foreign object. The best thing about these ingestible Droid is that they can perform the specific the body and can decompose completely without leaving any trace.

A team of researchers at MIT has been successful in developing one of kind ingestible and biodegradable mini droids which can be placed directly into the body to perform variety of tasks. Researchers had stated that the design for the bots is basically inspired by orgami. Orgami is a Japanese art of folding paper and making different things. The tiny Droid are made up of dried pig intestines and they appear to look like somewhere between the vicinity of caterpillar and accordion. This mini robot has been made maneuvered through the use of tiny magnet which helps in creating a magnetic field.

Tiny Droid features layered structure made up of such materials which shrinks when gets heated. Already [placed slits on the structure helps in unfolding the bot in a series of box like segments. This particular helps in getting a stick-slip motion which allows the bot to be maneuvered for treating different areas. 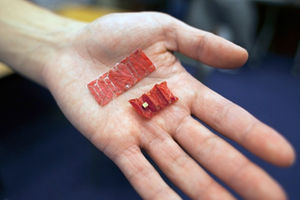 How this tiny bot works?

MIT researchers had presented their paper at the IEEE international Conference on Robotics and Automation in Sweden. In this paper they had carefully described how they had tested their robot on a synthetic stomach. Researchers have demonstrated how this ingestible bot can be used to patch the wound without leaving any trace behind.

Two studies were conducted to understand the way ingestible bot can be utilized in a much easier and safer manner. In the first study one ingestible bot was rolled up and encased within pill capsule of ice. After reaching the stomach an external metal coils helps in creating a magnetic field which interacts with the magnet present in the bot. Now bot can be maneuvered to roll towards the area or destination which needs to be treated.

In second study bot is ingested in the similar fashion but ice is simply left to melt so that bot can come out. Scientists make use of the magnetic array to move the robot towards the wound site and after treating the wound bot simply dissolves itself.

Lary Howell who happens to be a professor of mechanical engineering was quite happy about the study made by the MIT researchers. He implores that creating ingestible bot for performing various medical procedures right inside the body is remarkable step for the science. Though the research has been appreciated by all but it has been found that it will about six to eight years to produce them for the general use.