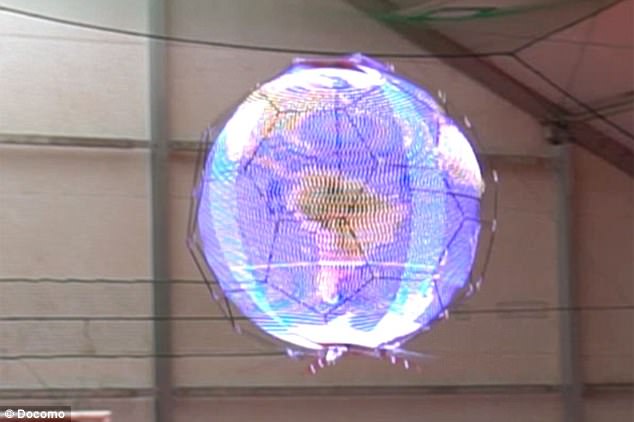 Docomo and the possibility of flying screens advertisements in the sky!

Any eighties kid would possibly remember the American cult “blade runner” which would display advertisements! Now if science related news is anything to go by, flying screens on a drone might just make the transition from sci-fi to reality! If sources are to be believed then a Japanese firm has already materialised this idea by coming up with a spherical drone which has the potential to display spherical image while it is up in the air.

This new flying screens drone who has been christened Docomo, constitutes a spherical frame on its exterior which has an LED frame on the interior that comprises a sequence of eight curved strips of LED extending vertically from top to bottom. 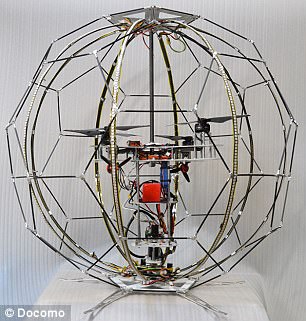 The drone itself is fitted inside the spherical flying screens and it has protruding limbs from beneath it.So what happens during flight is an interesting phenomenon: the frame on which the LED is situated, spins on its axis in a rapid horizontal motion. This in turn forms an after image which creates the optical illusion of LEDs which are motionless in a solid sphere.

The main idea behind this flying screen is the flexibility regarding places in which it can be used with ease! Docomo is believed to be able to fly around concert halls as well as arenas during performances and as such delivering aerial spherical images as well as being useful in advertisements! This flying screens drone is said to be quite powerful boasting around 144megapixels high by 136megapixels on the horizontal surface. All this along with the flying screens is believed to be only around 7 pounds! The spherical frame has an approximate diameter of around 34inches.

Though the Docomo is said to be quite an innovation in the world of drones, its predecessors working on spherical images have been not so successful in their endeavours which makes the advent of Docomo all the more exciting. 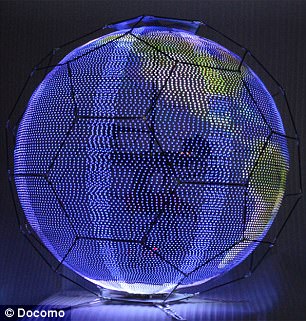 The two main challenges pertaining to successful aerial image give away is the adjustment between the wings of the drone as well as the propeller, it all being consistent with the body weight. However, a solution has been found by the Japanese firm which claims that the usage of a hollow and large display which is also surprisingly lightweight in the Docomo can result in creating a thorough display or the illusion of it and the afterimage is that of rapidly revolving LEDs.

The flying screens on this drone especially open up an array of possibilities which might unfold in 2019 and can revolutionise the way live performances in stadiums are used to being perceived once this drone comes into practice! There has already been astounding use of drones by artists to create over the top optical illusion as might be remembered if the last Superbowl’s performance- the one put up by Lady Gaga is anything to go by!

Of course the programming genius behind Docomo is Intel, regarding whom it is safe to say can do no wrong and is said to be able to control around ten thousand drones through their new operating system.