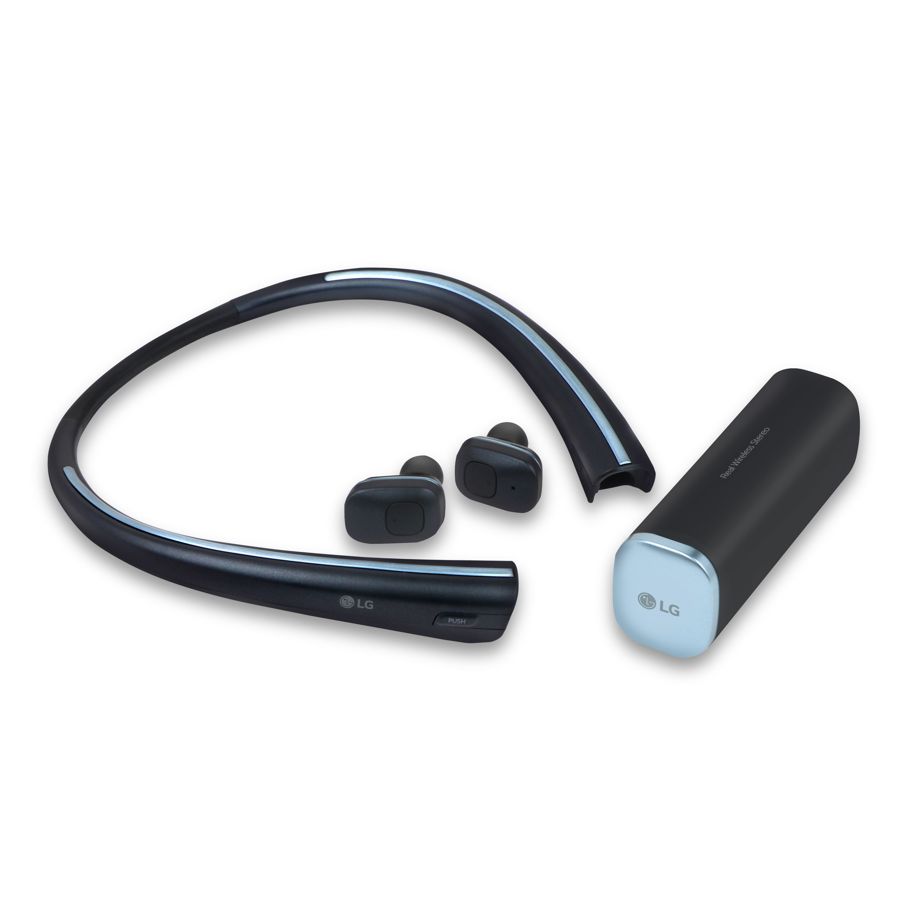 LG has come up with Tone Studio wireless earphones bestowed with latest design and technology that will enable all the music lovers to explore new dimensions in the world of music. All those who love to hear loud music are always troubled by their mothers and especially by their neighbors for this fantasy. But the latest launch in the domain of wireless earphones with speakers designed to provide realistic and 3D sound effect will save all those who always had to face a lot because of being drawn towards loud music. With this terrific Tone Studio earphone you can listen to music the way you prefer without annoying others.

It has been named as LG Tone Studio, the earphones comprises of four speakers, in which two are full-fledged speakers on the top and the other two is intended to vibrate at the bottom. This innovation has been led by sound specialists at DTS who are expert in providing realistic and natural sound like theatre which guarantees no less than a cinematic experience.

There are several other features of this LG Tone Studio which suggests that it has the capability of granting all the privileges of a digital sound system that it promises. Tone Studio consists of a converter that can convert a Hi-Fi digital to analogue that will extend the quality of sound and at the same time will develop all sorts of music and audio to the level of optimum accuracy as much as possible. Tone Studio simultaneously consists of a Dual Play technology that enables you to share sound or any music from a film, playlist or transmission with other wearers as it is capable of connecting two LG Tone Studio devices at the same time.

LG has also promised that the Tone Free earphones is voice activated and the wireless earbuds can be charged when connected to an accompanying neckband. It also grants high power battery backup and the most enticing feature is, that the associating neckband starts vibrating to inform its users regarding the incoming calls and messages. You can also answer or dismiss calls and messages using voice commands.

It is handy and weight less so that you can carry it everywhere without any effort. You also do not have to be worry about frequent charging of the device because of its tremendous battery strength.

The Tone Studio and Tone free appeared at the CES i.e. Consumer Electronics Show taking place in Las Vegas along with an addition of the Tone Infinim and Tone Ultra Bluetooth headsets. They still haven’t revealed its price but it is expected to be such that the music-holic section of the society will be able to grasp it easily.

This is a really an innovative stuff that will make life much easier for those whose first preference will always be music. It’s time to grasp some freaking music without hampering any bodies comfort level that too without compromising with your own choice and preferences. Life is all about enjoying so now enjoy it the way you want with this extravagant wireless earphone by LG.