We already know that there are many animals that have the ability to survive in extreme freezing climates and temperatures. In order to do so, typically an animal will run a program called the freeze program when going into the frozen state and this will be followed by another program called Thaw, which is their way of getting out of the freeze state.

Despite of the fact that science has evolved and many advances has been seen in the animals freezing and thawing process, there is considerable lack of the responses that is received when a built-in cold survival program is used by the animals.

Scientists at present have not been able to shed clear light on the fact whether some of the important high level functions like memory will remain unscathed during the complete process. Natasha Vita-More and Daniel Barranco are the two recent scientists who have been able to prove that cryogenically-suspended worms have the ability to retain their acquired memories even after reanimation.

How was it proven?

In order to carry out this process, these researchers had to train these worms first and this training was about making them move towards specific areas in the presence of the odour released by benzaldehyde. Post the mastering of the task by the worms; the researchers bathed them in a glycerol-based cryoprotectant solution followed by putting these worms into a deep state of freeze.

After the worms were thawed, they were able to remember their training and started moving towards the direction where they could smell benzaldehyde. During this entire process, scientists have to test two different methods of freezing or cooling the worms.

The first was in the conventional manner used for freezing organs and cells; this method relies on use of low concentration of cryoprotectant followed by a slow freeze-thaw cycle. Vitrification was the second process, which was considered more aggressive.

This needs a higher concentration of cryoprotectant 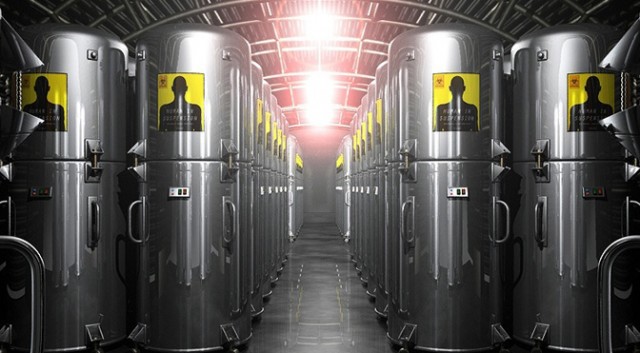 but the process being fast can end up ensuring that the damaging the ice crystals are not formed. The test indicated that all the vitrified worms were able to survive when compared to those frozen by means of conventional method.

Despite the method used, these worms were able to retain most of their memory. Unlike these worms, there are animals like fish, frogs and even insects which follow the freeze and thawing process, but they do all these from bottom of their body to top, worms take it from top of their body to down. This makes the entire process very unique.

From the perspective of cryoprotectant, this method when applied on a larger body will require blood to be completely replaced by the new solution in the circulatory system.

If this process is not done properly, there might a life threat to the cryoprotectant. If more researcher are interested in proceeding further from what has been already done by these researchers, survivable cryonic suspension might have the possibility of becoming part of the mainstream science.