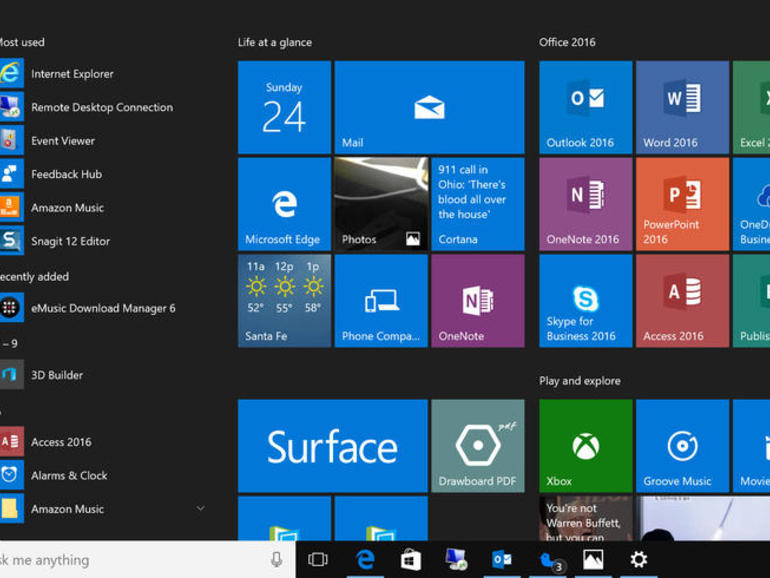 Microsoft had unleashed the update to the overall public in spite of some of its insider testers had reported earlier of the same problem when the update had come in the Release Preview ring. Though the bug did not seem to affect all Windows 10 Anniversary installation, the obvious failure of Microsoft in addressing the same before the overall release had faced questions regarding the purpose of Insiders offering feedback during testing.

Microsoft had not missed out on nipping the bug in the bud early, but it seems that public grumbling regarding the problem had drawn its attention and the company has been making attempts in resolving the precise issue. As spotted by Neowin, Microsoft had posted on the current 30-page topic on its forum that it will be putting the concluding touches to a script to solve the issue.

Microsoft has mentioned that they have been working diligently on the issue and are finalizing a clean-up script which would be fixing the underlying issue preventing the install of KB3194496 (Cumulative Update 14393,222) for the affected users  where their patience during the research and subsequent work is greatly appreciated.

According to the company’s earlier statements, those who have been unhappy with the update experience could possibly get in touch with the customer support of Microsoft.  Microsoft has informed that it does extensive testing before the release of updates to 350 million devices and is focusing for an issue-free experience for all.

However when it seems to fail, it would prefer to hear from users in order to address those bugs more swiftly. Microsoft has now delivered another statement informing that it became aware of an issue with the recent Windows 10 cumulative update that had impacted a small amount of customers in the Windows Insider Program which were running on the earlier build of the OS and that they have created a solution to solve this issue which is now live.

In another month another issue came up with Windows 10 updates wherein users reported a bug in a recent update to the operating system which prevents the update from being installed that sends some of the devices into an endless loop of failed installations.

What appears worse for Microsoft is the fact that the thread reporting this failure had started on September 27, before the version had reached the public when the same was yet in the beta-testing stage known as a Preview Release.

Microsoft choosing to push out the release to the public after it had been informed of the catastrophic update, has brought its quality control into question together with the merit of the Insider testing that is meant to be part of helping to weed out the bugs.