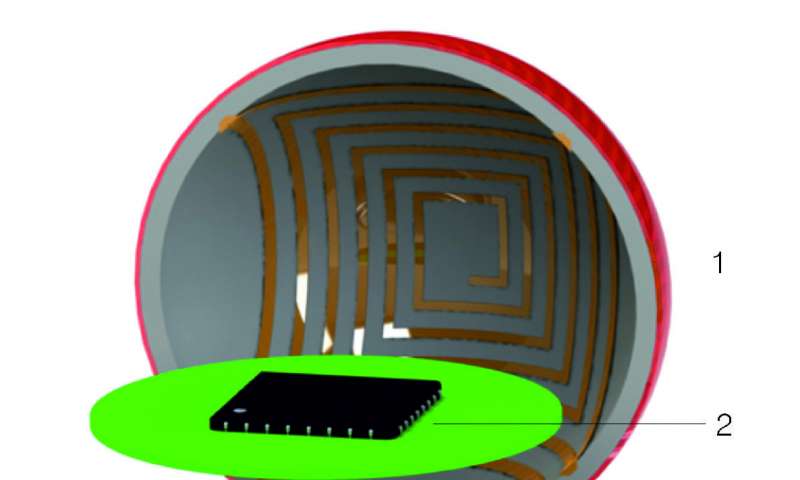 In the future, innovative looking peas will help to produce medications and beauty creams as well as beer and other stimulants with even higher quality and in larger quantities. These “Sens-o-Spheres” – the measuring spheres process engineers from the Technical University of Dresden (TUD) have developed – and so quickly that they have since been awarded for it: From the “bionection” trade fair in Jena, the Dresden engineers dr. Felix Lenk and Tim Lauterbach take home the “Technology Transfer Trophy” (“T³”) with 1500 Euro prize money and consulting vouchers. They developed a novel measuring device for bioprocess engineering in cooperation with several partners. Instead of conventional rod probes, these measuring spheres are set to the spherical shape. This solves many technical problems of previous measuring systems.

Crosslinked sensor balls flow with the ingredients through the reactor

Bioreactors are essential for the manufacture of pharmaceutical products, enzyme recovery from renewable resources and other bioprocessing. Ensuring the efficiency of these processes requires constant and accurate monitoring.

The Sens-o-Spheres are about pea-sized measuring spheres. Several of these are simultaneously introduced into the reactor and thus enable a measurement resolution over the entire sample volume. Due to the extremely small diameter of only 7.9 mm and a special encapsulation of these measuring spheres, minimally invasive use can be guaranteed. Furthermore, innovative bioreactors for new biotechnological production processes often make the incorporation of conventional probe systems by their design or by their dimensions impossible or have constructional inhomogeneities.

Until now, a temperature sensor was installed in the measuring spheres. In the future, however, the balls should also be combined with other typical measuring devices, such as pH value or dissolved oxygen content.

So far, usually rod probes are used, which are introduced via a standardized port. However, this only allows punctual measurements that are not always representative of the total volume. In addition, these “foreign objects” can influence the mixing and transport processes, which can lead to upscaling problems. The necessary fittings and cabling also significantly increase the workload. The measuring spheres solve all these problems and set new standards for metrology.

The sensor beads are about eight millimeters in size and wirelessly networked. For example, when a bioreactor is loaded with the ingredients for a new drug, the technicians can add the measuring spheres.

The concept: If the agitators are switched on, the measuring spheres report their position and the temperature there by radio to a central base station. This will allow engineers in biotech factories to improve production processes and ultimately increase bioreactor yield. So far, the developers were mostly dependent on experience, speculation and mere experimentation, as they could not see the circulation and mixing processes inside a once started reactor. In this respect, the “Sens-o-Spheres” should serve as additional senses of the plant operator.

A consortium headed by the TUD professorship for bioprocess engineering had driven the new measuring spheres from the idea to a functional demonstrator system. The consortium included e-nema GmbH, Okoplast GmbH, System Analysis and Automation Service GmbH, the Fraunhofer Institute for Electronic Nano Systems and IMST.

In addition to the Fraunhofer Institute for Electronic Nano Systems ENAS, the Dresden University of Technology and four industrial partners were involved in the development of these measuring spheres. The project is funded by the Federal Ministry of Education and Research (BMBF).