NASA Fantastic 1960’s Robot is Up for Auction 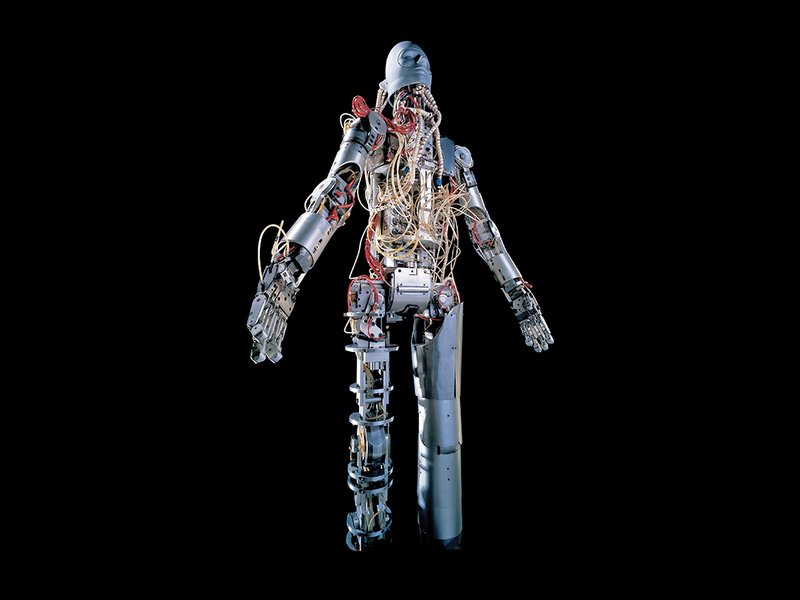 During the 1960’s NASA was trying to figure out the best way to create spacesuits which can help putting man into space. Since the spacesuit mock up and testing can’t be performed on the human subject due to the risk of their life NASA came up with noble solution in the form of a robot. This android was designed to objectively test the reaction of the suit upon the human body based on different types of bodily shape and sizes.

An engineer from the Illinois Institute of Technology present in Chicago has designed a android. This robot is known as an articulated dummy. This robot has an adjustable height which can be regulated between 5 feet 6 inches and 6 feet 2 inches. It possesses an aluminum skin beneath which lies a vast network of the nylon tubes. This helps in circulating oil within the body at a pressure of around 1000 pounds per sq inch.

The engineer in question is named Joe Slowick who had helped NASA in building this great android which eventually ushered the space age by making spacesuits for astronauts. This robot can easily lift its arms and legs, shake hands as well as run around. The biggest problem faced by the engineers with the android was the leakage of fluid as nylon tubes suffered from unwanted leaks with movements. Since NASA couldn’t run the risk of contaminating the space suits with oil, engineers came up with an innovative solution and soon the dummy was dressed up in SCUBA suit.

The demise of NASA’s Robot

The NASA’s android was essential a mechanical man who easily showcased the human like motions along with emotions. This achievement was great in 1960 as android can showcase complicated human emotions with ease and grace. This android could much farther than the testing stage as NASA was looking forward to create better suits for space exploration not better robots that reproduced human movements and emotions. So after spending huge resources and time on the android NASA finally made a ‘quit’ call on the project in 1967. NASA has spent as much as $2 million as per modern equivalent on the development of this unique robot which was a great sum at that time.

The last few years of the robot

After getting booted from the NASA, this robot made its way to the Wright-Patterson Air Force Base in Ohio next year. This establishment had the plans of converting this robot into full-on android. In order to do that its hydraulic articulators were replaced with the electronic articulators and it also hooked up with a computer to turn it into a learning machine. Just a year later Air Force shut down its bionics programs which ultimately brought a full circle on the robot life of testing. Currently NASA’s 1960 Android is made available to bidders at the Remarkable Rarities Auction which will be held on the 26th September at the Royal Sonesta Boston.