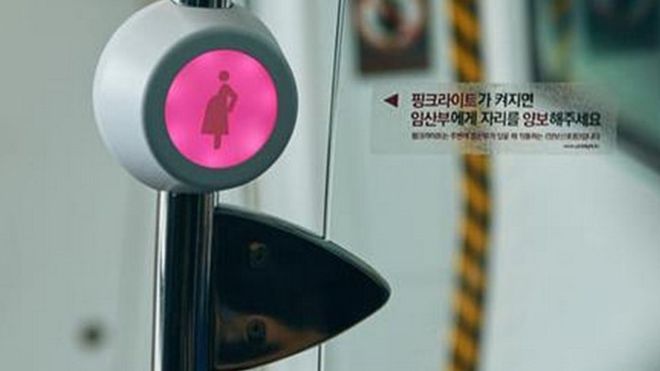 Finding a vacant seat on the crowded mass transport means isn’t an easy job. Most of the time men chivalrously and gentlemanly offers their seat to the other sex counterparts but when it gets crowded things take a different turn. In order offer more comfort to the female commuters in South Korea innovators had begun trial of a unique Bluetooth based system wireless seat alerts which will prompt travelers to leave their seat for the pregnant ladies. This particular wireless seat alerts system will be used on the underground trains in South Korea.

Under the campaign named the Pink Light this alert system was tested on about 500 pregnant women commuting in the city of Busan over a period of five days. During the trial pregnant woman carried sensors which helped in activating the pink lights present on priority seats in the Busan Gimhae Light Rail service. This helped in creating the awareness among the travelers to vacate the said seat in order to accommodate pregnant traveler. Some of the tech journalists has highlighted that it might cause unwanted embarrassment for the travelers due to extra attention generation.

These sensors come with a battery life of six months and it is advisable to carry them outside of a bag in order to retain maximum signal strength. Pink Light website even states that the sensor doesn’t happen to be waterproof which means one has to give extra care to it during the rainy season and occasion water spills. The Pink Light campaign is a result of greater collaboration between the local businesses and the city council. 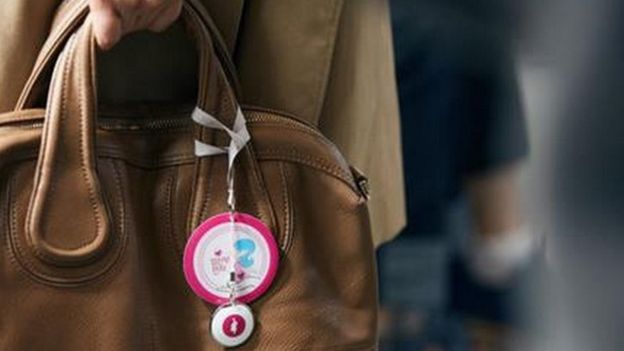 Pregnant women all across the world face huge number of problems when travelling on the public transport. The South Korean official has understood the plight of the pregnant woman and the Pink Light campaign is stated to be one of some great ways to make public transport much easier and convenient to use for the pregnant travelers. Official even asserts that it is their duty to come with such unique and traveler friendly tech and facilities to make travelling easier for the common people. Pink Light Campaign is one such step which will help in improving and simplifying the already available facilities for the pregnant travelers.

It is known fact that majority of pregnant women finds it difficult to get seats on the public transport. But it should also be noted that a number of passengers even states that they are unable to tell whether a particular woman is pregnant and asking such questions will only end in causing greater offence. In similar fashion Transport of London in UK started offering free pin badges to the pregnant travelers reading ‘Baby on Board’ helping women in getting seats on the public transport. The Pink Light campaign therefore offers an elegant solution of turning lights on the priority seats signaling passengers to let go of their seat for the pregnant traveler.