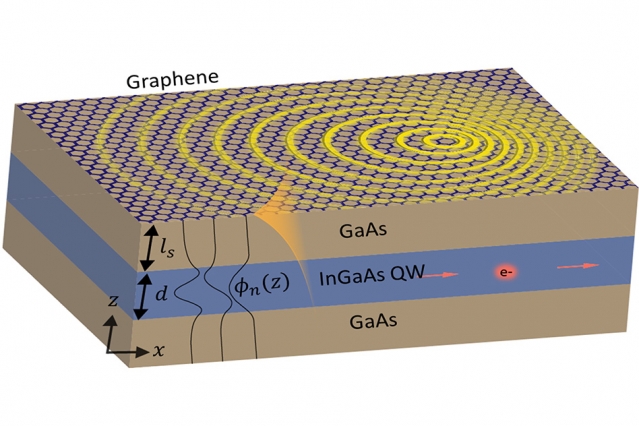 Interaction of Light with matter

Researchers at MIT and Israel’s Technician have developed a way of making light interact with matter. This could lead to some great developments where the solar cells become more efficient whereby they can collect a wider range of wavelengths. There could be discovery of new kinds of lasers and light-emitting diodes (LEDs). These LEDs could also have fully tunable colour emissions.

The momentum of light particles or photons are much greater than that of electrons. Due to this the particles have a very weak interaction. The basic principle is to lower the momentum of the photons to match that of the electrons. This will enable control over the interactions and hence lead to research on these processes and new developments.

This theoretical study is published in the ‘Nature Photonics’ journal.

Silicon is the key substance for most of the electronics. When we see applications of light, such as LEDs and solar cells, silicon is not efficient though it is still being used. The researchers are looking at ways of improving interactions of light with silicon so as to obtain devices where the light waves are manipulated with electronic semiconductor chips.

Though many people are trying to approach the problem by making changes to the silicon, the researchers are looking at changing the light instead of the silicon.

Designing the Light aspect instead of the silicon

Slowing down the light could be achieved by passing it through a thin-film layer made up of layers of gallium-arsenide and indium-gallium-arsenide, overlaid with a graphene layer.This layered material will alter the momentum of the photons and the behaviour of the photons can be controlled. The frequency of emissions from the material can be controlled by 20 to 30 percent.

The photon interacts with a pair of oppositely charged particles, an electron and its corresponding ‘hole’ giving a plasmon or plasmon-polariton which is basically a kind of oscillation that occurs in a two-dimensional layered device as the one used in the research. This two-dimensional layered material supports electromagnetic oscillations on its surface and tightly confined within the material. This in turn drastically reduces the wavelength of light almost to the atomic scale.

Due to the shrinkage that takes place, light can either be absorbed by the semiconductor or emitted by it. If you vary the voltage applied to the graphene layer, you can control the properties of light.

According to researchers this same principle can give rise to solar cells that can absorb a wider range of its wavelengths by which the devices become more efficient to convert sunlight to electricity. Devices like LEDs and lasers can be tuned electronically to give a wide range of colours.

Though the research is in its early stage, it can it can be applied to more cases than the one conducted in their study. Different semi-conductor materials and different light-matter polaritons could be used. The same technique could be adopted in silicon-based devices. If the momentum gap could be reduced, then silicon could be used in the plasmon-based devices.

This work is of high standing and it breaks away from the conventional view regarding emitter-light interactions. One can look forward to more efficient solar cells, photodetectors, etc. and all integrated on a chip. With this research one can also control the colour of a emitter. We can look forward to many more applications in the future.