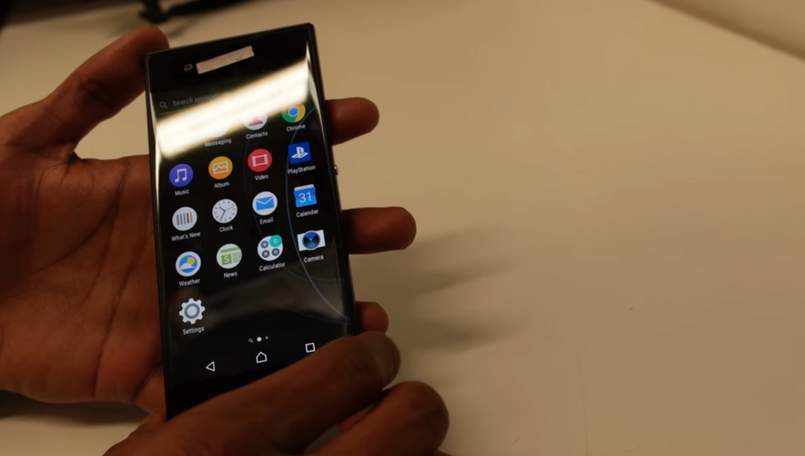 Good news for all the Sony fans, five new mobiles are to be launched at the Mobile World Congress in 2017. Till date there were only rumors about this new launch, but recently it has been confirmed that the speculations are true and that Sony will surprise its fans by launching five high tech Smartphones. Recently, a YouTuber uploaded a video showcasing the prototype model of Sony Xperia XA. This video was lately uploaded in 2017 and it shows off the Smartphone with the model number G3121. The video also showed some of the phone’s features including a high tech 23 megapixel camera.

The video has raised the hopes of few, and many Sony fanatics are eagerly waiting for the official launch. It is still unclear that whether the phone showed in the video with the model number G3121 is the same phone will is to be launched at the Mobile World Congress. However, because this new upload is in line with its previous leaks surrounding the Sony Xperia XA model, the news is being considered true.

The video shows off the cool features of this new Smartphone including its design. The phone has a slim form factor, with front bottom bezels and wider tops. The left side of the Sony Xperia XA Smartphone has a slim slot, and the right side has a camera shutter, volume controller and physical power button. Keeping up with the ‘slim factor’, a necessary aspect of all Sony gadgets, the side bezels are quite sleek.

The video also showcases some of the features of the latest phone Sony Xperia XA. The Smartphone is Android 7.0 Nougat, Android’s latest operating system with security patch dated 7th January which informs us the security update is recent. The camera prowess of Sony Xperia XA is also showcased in the video, and the phone features a video, auto and manual mode. The camera can capture HD videos and other options include object tracking, auto video capturing, and HDR video. The Sony Xperia XA successor is also believed to have no fingerprint sensor and USB type C port.

Some features remain the same

iPhone 7 has created a lot of stir in the world of gadgets and phones, and its black color is being appreciated by tech freaks around the world. The speculated Sony Xperia XA phone as shown in the prototype video will also have a black matte finish, giving the phone a smooth finish. Sony seems to be in love with the color as it previous Xperia X and Xperia XZ series were also in the same color. According to this video, the Sony Xperia XA Smartphone is supposed to feature a 3.5 mm jack, USB type C connectivity, thinner bezels and a 5 inch display.

This much information is already enough to make the Sony fanatics gasp and eagerly wait for the launch. Good news for the loyal fans, one of the latest devices to be launched at the WMB has already made an appearance online. Despite previous years mid range status, XA has created a good impression on Sony customers. The appearance of this new phone has not changed much, and the form factor of this handset is similar to its previous series.