The Easy Button for the IoT Might Become Overnight Sensation Slowly 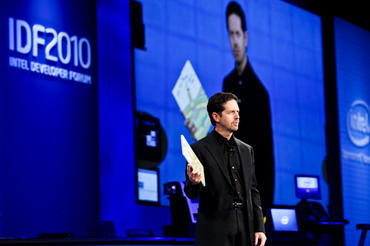 Doug Davis is the senior vice president at Intel as well as the general manager of its Internet of Things Group, and he says that huge amount of work that is being carried out on the connected web of smart devices is all about their business. The IoT itself rings the jargon that is being used by the business much to the displeasure of others. On being questioned about the importance of internet of things in the eye of common public, he stated that it is important for people to care.

The main reason being this will open up many opportunities. When we talk about smart home, we have already seen garage doors opener, lighting and even the security. But with the help of internet of things, more number of these systems can be integrated. He stated that the creation of additional interfaces might create better experiences for the consumers.

Davis stated that there is lots of work required to be completed if we want to bring in smart homes into our lives. It just requires lots of tinkering and use of different options. He stated that they have tried some different version of home control and automation and it worked wonderful during the test phase. It is still challenging to get the overall ability enhances to let all the systems interoperate with each other. From a consumer’s perspective, an availability of an easy button might make things easier.

From the consumer side, the IoT might see a big bang moment as since a lot of work is being carried out considering the business and industrial level. Davis said that they will get some of the underlying things to come together and this means customers will have access to smarter transport grids, smarter power and smarter cities.

He stated that they need to make IoT really personal for customers to show any interest. One of the biggest fears that are haunting the company is the increasing security issues from the perspective of the customers which makes them apprehensive about the internet of things.

The age of internet of beer:

Beer being the big business in USA draws lots of customer attention. This business is currently being considered as the main candidate for getting a makeover in terms of internet of things, considering both consumers as well as businesses. SteadyServ is one such company who has already ventured into this field.

For companies this can help reduce lots of waste as the smart ring for kegs developed by SteadyServ has the ability to weigh the keg and indicate how much drink is still left inside. For a customer, it will lead to a better management of the stock by the company hence making it valuable. It is about making inventory management consumer friendly considering the fact that no infrastructures remodelling is required. The essence of IoT is all about the things that we all care about since it involves smart sensors and smart analytics.