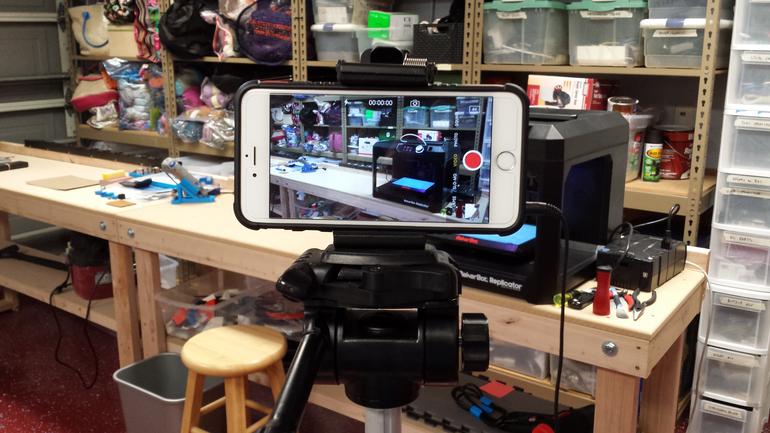 The latest iPhone variant namely iPhone 6 and iPhone 6S comes loaded with the ability to take 4K videos. 4K videos were popularized by the Sony in it’s folded up Z5 premium smartphones. Since then a large number of Chinese OEMs and other major smartphone maker’s has started offering the 4k video recording capabilities in their smartphone devices.

What makes iPhone better at 4K video retention is its great set of hardware, which is aptly complimented on the software front as well. iPhone 4K recording capabilities can be utilized as a video production tool with ease and grace.

Most of the people who have bought iPhone 6S last year has not even made full use of the 4K video recording capabilities. It is fine to say that this feature is the most overlooked one in the recent past when it comes to iPhone.

The logical reason is that if you are going to record 4K videos on your smartphone then you must have 4K video screen either as desktop monitor or television to enjoy it. Therefore it is considered as a luxury feature which doesn’t have much use in real life unless you have expensive 4K screens.

4K recording is a great asset for digital artists

If you are a digital artist who loves to create amazing pictures or videos then having a iPhone will be like having a great DIY tool. 4K recording capability will help in getting minute details from super high resolutions in an instant.

The best thing 4K videos are that it offers the operator free pan and zoom features, which are not available in normal videos. 4K videos will be helpful if you are creating tutorials videos which takes viewer through the process of doing different things in the right manner. In these videos you will require wide combination of shots and given the genre or scope of the video you will be required to perform some close-in zooms and difficult shots. 4K videos will come in aid as it will offer more clarity and precision in the videos than you can get with ordinary cameras.

Features of the iPhone 4K Video

If you wish to make extensive use of the iPhone 4K video capability then make sure, you have the largest storage variant with you. Having huge storage will come in handy as 4K videos tends to be storage hog.

A 4K video specially records in a pixel resolution of 3840 x 2160. While on other hand the 720 p video recording offers just 1280 x 720 pixels while the 1080p video recording brings 1920 x 1080 pixels.  On other the most popular video sharing platform YouTube offers only HD videos in 1080p and 720 p which is no match for the 4K videos as it offers more digital zoom and better clarity. You can enjoy the record 4K videos on your Mac by using the ScreenFlow, which offers a great way to zoom in and out to see the details captured in the video.