Wireless Flyte LEVITATES and lasts up to 22 YEARS 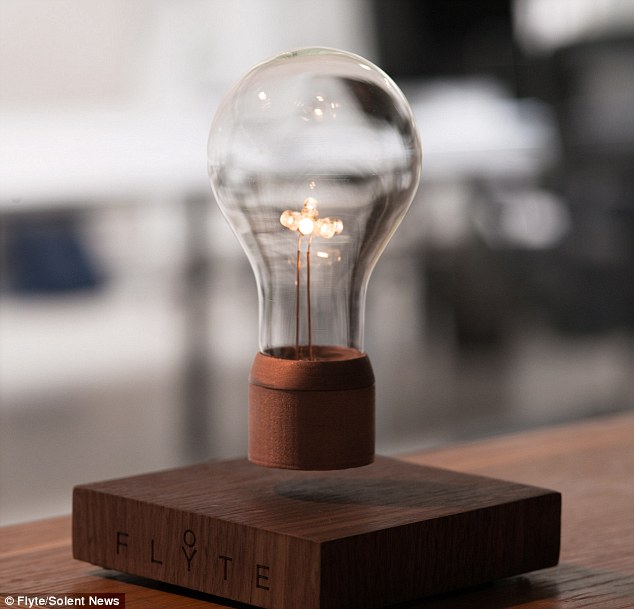 Since the time of the invention of bulb by Addison scientists had been trying to come up with better and more affordable alternatives. We had seen the rise of the CFL and LED bulbs in the recent past which offers eco-friendly and less power consuming alternative for lightening solution. Now scientist had laid their hand on the Holy Grail by discovering a revolutionary wireless bulb which levitates and possess a marvelous lifetime of 22 years.

The ‘Flyte’ Levitating light bulb is developed with a completely different design, which includes making use of the magnets for floating in the air, and it possesses a wooden base to hover on. This extremely hi-tech bulb can easily be switched on and off by simply touching the base. It happens to draw its power wirelessly from the charger clock which is placed in the wooden base. 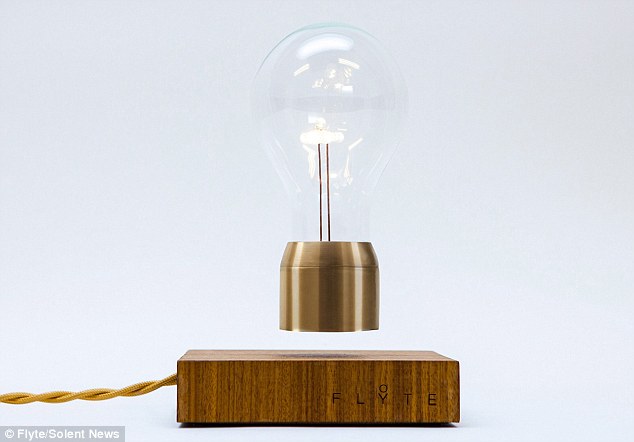 The scientist behind this revolutionary bulb

Flyte levitating light bulb has been developed by Simon Moriss. He was inspired by the using the concept of hoverboard since childhood and he implemented the same in the lightening solution by creating this hi-tech light bulb. Simon is from New York City in US but currently based in Stockholm in Sweden and he states that his invention Flyte is a great combination of Flying as well as light.

This light bulb is extremely energy efficient and utilizes the induction technology to produce light. Once this ball is switched on by simply touching the base it starts rotating and spinning and gradually hovers in the air using the magnetic levitation and showers light through induction technology. 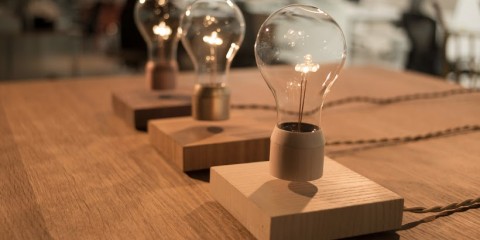 A magnet has been placed in the bottom cap of the bulbs, which helps it to suspend in the air through the opposing force coming from the wooden base. Magnetic levitation is achieved in the Flyte when bulb is placed at the center point of the base. Power as said earlier gets transferred wirelessly from the base to the bulb with the help of a technology called induction. 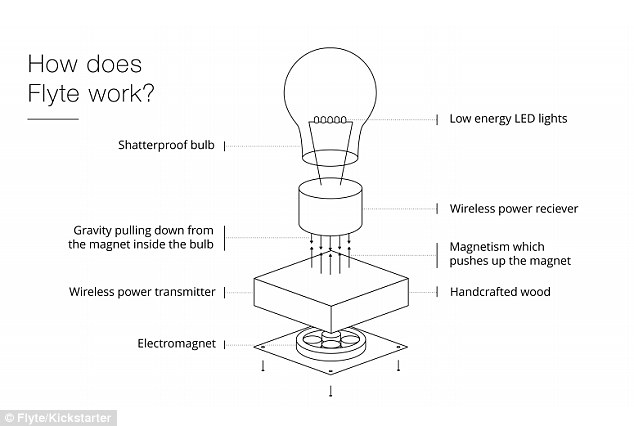 Flyte is currently being funded at the popular crowd fund raising site called Kickstarter. It has been able to get enough funds for starting the manufacturing of the Flyte light bulbs, which will be sold at £260. Apart from offering lightening solution the users Flyte bulb can even be used for charging the phones, which will be added advantage to the consumers.

Flyte is extremely energy efficient and consumes very little energy of left untouched by the user it will continue to levitate and rotate endlessly. Flyte has a lifetime of 22 years, which is based on a daily usage of 6 hours or if it is used for 12 hours daily then it will last for 11 years. Flyte exclusively creates light through utilizing the low energy LED light in it rather firing up the filaments which is seen on normal bulbs. Moriss has said that in the past 135 years bulbs has remained stagnant in their design and use of technology to a great extent but Flyte is going to revolutionize the lightening at homes.