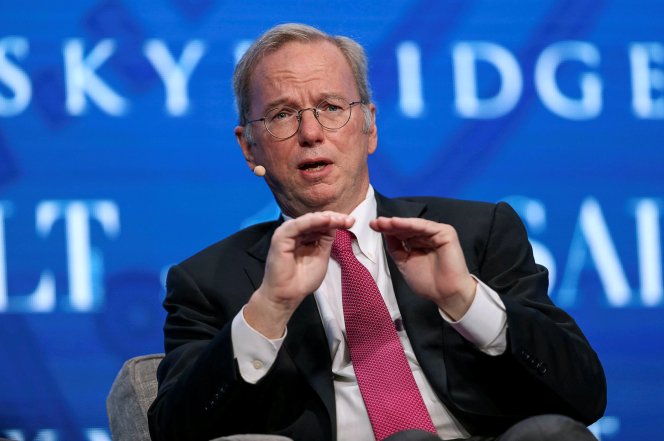 Eric Schmidt shocks the Silicon Valley, declaring his decision to step down as Alphabet Executive Chairman

It came as a bolt-from-the blue in the Silicon Valley as Eric Schmidt announced that he is vacating the office of the Executive Chairman of Alphabet, the parent company of Google. Till the recent time, nothing was heard about his physical disabilities or disagreement with the Alphabet board of management that can influence him to take such decisions. If truth be told, this came as shocking news to the technology domain and as such, several statements and anti-statements are given by various experts as the probable reason for Eric taking such decision.

What made the Tech Tycoon Alphabet to take such a decision?

Nothing was heard about Eric’s confrontation with the management and records suggest that Eric has played an exponential role in the recent success that the Alphabet company achieved.  Likewise, nothing is known to the world about Eric suffering from any sorts of physical ailments that might be restricting him to perform his roles and responsibilities. Thus, the media and the speculators are left with no other options than to speculate about the probable reasons that might have influenced Eric to take such decision.

As Eric explained it himself, these days, he is spending the major part of the day, working on issues that revolves around the domains of technology and science as well as he as developed a great interest in working in philanthropic activities. He said, he is stepping down from the office so that he can manage more time to work on these pursuits. Eric added further that Alphabet will still occupy the core position in his heart and he is always available to serve the company in the forthcoming time, should the company need his service further.

Is Eric speaking his heart out?

To be very frank, Eric’s statement failed to satisfy the speculators and they are still voicing various stories about this move. If one of his close friends is to be believed, Eric is very honest with his purpose and whatever he stated has come from his heart. As he stated, Eric is going to play a crucial role in a project that aims to develop artificial intelligence for the National Defense. The move will allow him to invest more time and effort in this project. The source added further that Eric is very busy, working on his foundation that works on projects for sustainable developments. Eric has taken things this way that leaving the routine job; he can manage to give more time to this pursuit as well.

Another aspect that the speculators are hinting upon is that Eric has taken this move to secure his personal life. He has been known as a womanizer and in spite of having a married life with Wendy Schmidt for 37 years, the couple eventually separated in 2012. Wendy stated that she was compelled to take this step as she had to follow her husband round the world, just as the luggage will do. Probably, he is planning to settle down again and the move was taken to ensure that he is able to give ample of time to his family life.