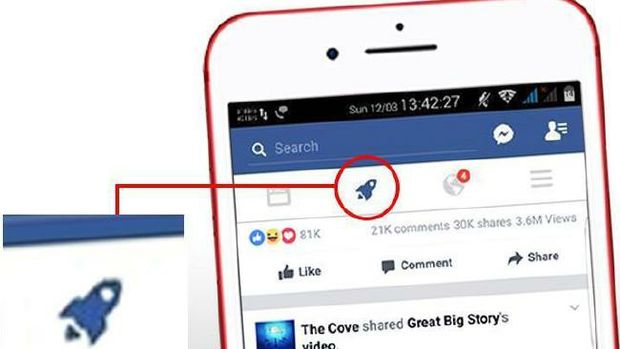 With the advent of social media and the various different applications available on our phones as well as desktops, Facebook has spread like fire, with every third person having an account on Facebook. Facebook has created something called the second news feed, which allows users to explore beyond news which they have liked. Filtered content on social media can become a bit of a hassle for users while browsing through these apps. To avoid such circumstances, Zuckerberg has modified certain things in the Facebook app and has introduced Facebook second news feed.

What the new addition is all about.

Elimination of filters may not be possible, but there can be certain updates brought to the app to make it more informative and to attract more and more curious members. The entire idea of coming out of a bubble and explore articles and informative news is appealing to many, and to accommodate such wishes, Facebook now has a second news feed. Facebook second news feed aids in exposure to brand new media content based on your as well as your friend’s likes, based on the fact that you would have similar interests. The explore feed of Facebook has now introduced a desktop version and it could not be better. A particular red rocket in the corner of the desktop version of the Face book page aids in this. It can be found under a different tab on the left side of the Facebook page.

It is common to view advertisements as well as other related links on Facebook by users based on apps they have used or likes they have dropped. As an example, it would be meaningful to mention shopping sites. Based on items viewed on certain shopping sites, we often get to see similar news on our timeline. The explore options works in similar ways. It shows us news and information which we have never come across based on what we like and based on our friends likes. This widens a lot of horizons for users and this brilliant idea of Face book second news feed makes a lot of relevant information accessible to people.

Filters can be very interruptive when a user is trying to gain knowledge about things and want to get into depth of news and information on social media. To curb these problems, the Face book second news feed has been introduced. This availability of the option on desktop version of Facebook makes it easier to browse newsfeed while working from the desktop, thus, making life simpler.

With time, the app and its desktop version is going to develop more and more, adding newer features which makes it user friendly and informative. This helps in establishing the fact that Facebook is not an app which just aids in making or keeping in touch with friends, it is also informative. This feature also helps in attracting a different kind of crowd to Face book who don’t join the application just for socializing. For them it is also about being gaining knowledge and keeping oneself informed of latest trends and news.