Intel May Respond to AMD Ryzen With Six-Core i5 CPUs 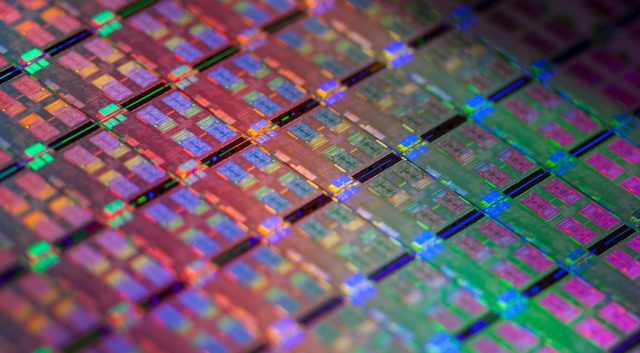 Intel is facing a stiff competition from the AMD which is growing in power and popularity among the target audience like never before. Past couple of months were simply devoted to the grand launch of the high end processors and CPU’s from AMD in form of Ryzen and Epyc. Intel is getting back into the grove with its own launch of the new Six-Core i5 and i7 CPUs. The rise of the AMD in recent time has become a talk of the town as it has been able to offers highly powerful options to users at a fraction of price of the Intel counterparts. It shouldn’t come as a surprise that six of the top 15 CPUs on Amazon website happened to be AMD products and in the Top 20 lists it has 8 which is a great challenge for the Intel to surpass.

Intel fights back to corner AMD

AMD is gradually increasing its market share by forging strategic with the manufacturers and offering cheap options to the customers. Industry experts believes that the launch of the new Six Core i5 and i7 CPUs by Intel is a simple move to move into the grand consumer space created by the AMD for itself. This isn’t first time Intel is facing the heat of the successful launch and sales of the CPU series.

Intel has also launched Core X series as well as Skylake SP platform to minimize the rising popularity of the AMD based option in that segment. This move was successful as the Core i7 7820X launched in that series was a great CPU which came at price range of $589 to $599 but its performance was marvellous. Everything isn’t gold for Intel as there were some overclocking problems associated with the X299 chipset which left a number of users disappointed. The launch of new Six Core i5 and i7 will certainly help in pleasing the customers.

Slashing the price to remain competitive

AMD rise is attributed to not just its powerful CPUSs which are equivalent to Intel offering but also to lower price point value. Rather than buying a $1,100 chipset named Core i7-6900K buyers can opt for a Ryzen 7 1800X which happens to be a lot cheaper alternative and offers more robust specifications and features in the bargain. Intel was not a fool to ignore this move on the part of the buyers hence it went with the idea of slashing the prices of some its competitive SKU’s in the new Core X series which helps in bringing them to closure to the market pricing of the Ryzen series.

Both of the CPUs and SKUs companies are fighting hard to get attention of the target audience by bringing core front focused war. Intel offering of new Six Core i5 and i7 are seem on the same lines wherein it is trying to offers same products with a better core count for enhanced performance. Industry experts believes in the upcoming days both of these manufacturers are going to release identical products at competitive pricing with better core counts to gain a major share of the market.