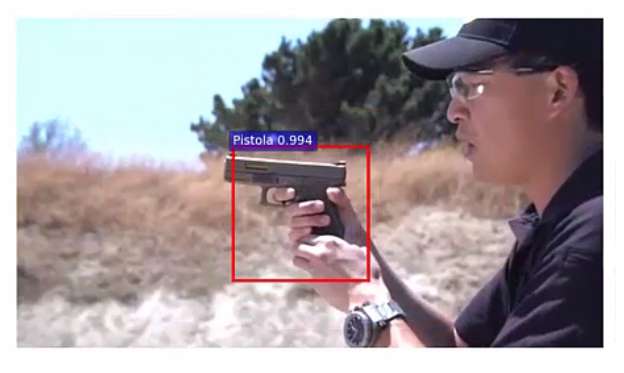 SHOW A GUN AND YOU WOULD BE IN RED ALERT! THANKS TO ARTIFICIAL INTELLIGENCE

Recently the scientists from the famous Granada university have did a remarkable thing and has added one more invention in this digital world. Well, the invention is related to the current trend and that is nothing other than Artificial Intelligence.  They have designed a computer which is based on the latest AI and that is doing wonder. The system is able to detect real time if a gun is drawn in the video. This type of implications is great in terms of the digital world. This will have future advantages in terms of security in the areas of threat and terror like the airports. The shopping malls will be beneficial too as well. The controlling will be automatic whenever any kind of gun appears in videos uploaded on the social media.THE FUNCTIONING

The researchers of the AI have analysed the poor-quality videos in order to be sure of the system which is being run on Artificial Intelligence. The old video clips were used from the Hollywood numbers like the Pulp Fiction, Mission Impossible and other old James Bond Films. The success rate was more than 96.5 percent and all thanks to the exclusive algorithm which has been able to detect the handguns with great accuracy. The system has been able to analyse the five frames per second in real time as well. An alert is spontaneously sent when a handgun appears in the image. The alert is send in the format of a red box and the hand gun is marked is red.

The model can be integrated with any sort of alert system which would help to detect the hand gun in any kind of videos. The mechanism can be implemented in any location where the video cameras can be installed. It may be indoors or outdoors and the best part is that it does not need any human interference or supervision. The artificial intelligence is advanced enough to detect the alert or the danger. In this way, the humans can rest and heave a sigh of relief as the machine is there to take care of the security in the areas like airports or busy areas like the shopping mall and food courts. The researchers have been working for the project since the last five years and finally their work has paid off. At last the artificial intelligence is able to detect, recognise and also it can differentiate the objects in different categories.

Prior to this discovery of the system, all the detection systems were basically depended on metal detection or X-ray machines. They may detect firearms or ammunitions but as they lag some fine touches, they are normally not used. The usage is limited for these scanners and often they may trigger a false alarm or may not trigger when it is required. These are both expensive and require human interference. They can detect metal coins, belts which is embarrassing.