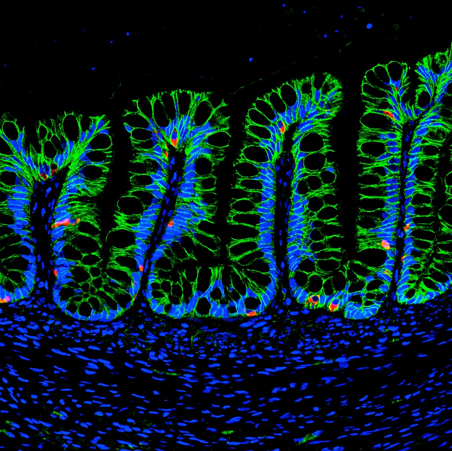 Doctors can now repair the intestinal injuries with synthetic hydrogels

The technological advancement made in the field of healthcare is astounding and marvelous to report and talk about. Scientists have now been able to intestinal injuries as well as some inflammatory bowel disease by developing engineered polymeric materials called hydrogels. But this is a synthetic hydrogel which has been made from human pluripotent stem cells which eventually helped in shap[ing a new technology offering researcher the ability to control of the organoids to a great extent. Further this hydrogels can ultimately be used for treating wounds in the in intestine with perfection and precision.

Team behind this hydrogels discovery

Synthetic hydrogels have been discovered by a team of researchers from the Georgia Institute of Technology and the University of Michigan. Researchers have done this research in the animal mode with positive results wherein they effectively created a 3D growth environment using the synthetic hydrogels to lead the organoid growth. Earlier scientists had to make use of the natural matrix specifically derived from the tumor cell in order to bring about the organoid growth. But the use of synthetic hydrogels has brought a new flexibility and ease of usage to the researchers which weren’t present earlier. Making use of the animal products for research has always brought the danger of spreading infections from animals to the human beings.

It is worth noting that making use of mouse tumor derived matrix was found to have very limited future application when it comes to growing human body but the discovery of synthetic hydrogels has opened new door for the clinical applications in future. Apart from simply allowing the growth of the organoids using hydrogels in clinical conditions this team has also been able to make hydrogel act as glue. This allows the creation of such organoids which can stick in a particular place and this ultimately helped in healing the injured mouse intestine during the test. The success achived by this research also opens a new type of therapy which will help in repairing the intestinal damage in the human beings and it also has the potential to repair the damaged organs in future.

Researchers are all set to take the hydrogels based technology to the next level wherein they will test the hydrogel matrix in the animals with normal immune systems as well as in disease models. Before theresearcher go further with their future plans it is necessary to optimize the method for delivering the hydrogel materials which will help in replacing the age old and highly labour intensive techniques used earlier. Researcher has even asserted that they have to get ready for the trials on the large animals before they could even consider it for the ultimate human trials.

Apart from the intestinal application researchers are looking for new ways to make use of synthetic hydrogels to deliver organoids to damaged lungs and kidneys. This research has been published in the acclaimed scientific journal called Nature Cell Biology on the October 23.