Google Advance Protection, for Those Who Need It Most

Google said recently that it will offer Google Advance protection for those “high risk” users who are frequent targets of online attacks.

The American technological titan said that any user with a Google account can enroll in this new “Google Advance protection”, although these users will have to “sacrifice a little comfort” for this extra security.

“We have taken this unusual step of Google Advance protection because there is an ignored minority of users who run a high risk of being targeted by online attacks,” notes an entry in the Google security blog.

“It could be, for example, the personnel of an electoral campaign that is preparing elections, of journalists who have to protect the confidentiality of their sources or of people who are in abusive relationships and seek security.” 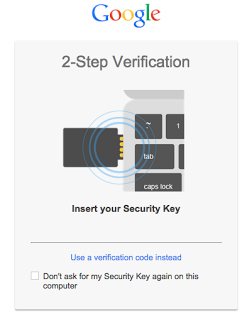 Google Advance protection will require those users to enter their accounts with a USB key, as part of a two-step authentication aimed at preventing fraudulent access.

“An attacker who does not have the security key is automatically blocked, even if he has the password,” the statement said.

Google Advance protection will also provide additional monitoring for these accounts and limited access to sensitive applications to protect them against phishing.

“Sometimes, even the most careful and most security-conscious users are attacked successfully through phishing scams, especially if they are directed individually to the user in question,” the company said.

Phishing is the use of fraud to obtain confidential information such as user names, passwords, bank details and credit card numbers.

In one of the best-known phishing attacks, the account of Hillary Clinton’s election campaign director, John Podesta, was hacked, which generated a series of compromising leaks in the middle of the election race.

The Google Advance protection will use security keys, which are small USB or wireless devices needed to log into accounts. The security keys can be complicated, so Google says they are intended for users who do not mind transporting them, using the Chrome browser on the desktop and using Google applications, since the key will not work with mail, the calendar and the iPhone.

Users who are part of Google Advance protection will also have additional steps implemented during the account recovery process, which will include revisions and additional requests about why a user has lost access to their account. The feature also automatically limits full access to Gmail and Google Drive for specific applications.

Google said earlier this year that it planned to update its two-factor authentication tool after several high profile hacks, including the Gmail account of John’s campaign chairman, John Podesta, in 2016. Google says it will continually update the security of the accounts that have subscribed the program. The function is available to anyone who has a regular account.