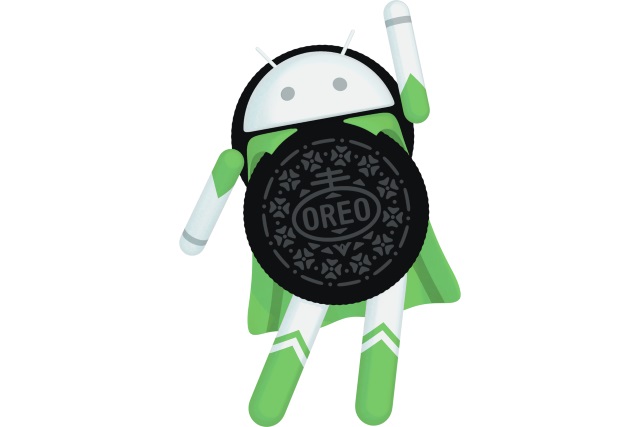 The latest talk of the town is the newly released android 8.1 oreo.  Google has recently launched its beta version of android 8.1 oreo for developers. Although at first impression the android 8.1 orea seems like a slight improvement over its 8.0 predecessor, there is actually a lot more than what you first expect. Besides the basic bug fixes and other here and there minor fixes, android actually has a lot more to offer.

In android 8 we have seen a lot of white themed backgrounds that many users criticized. But Google seems to take their user’s views into account and in the recently launched android  we see the background changing according to the color of the wallpaper used.

The quick settings panel also adopts the same color as the wallpaper but only a lot more transparent.

Ever heard of the android Easter egg game? When an android user goes to settings and taps “about phone” multiple times they get an orange icon. With the latest version of android , you now see the android bugdroid holding a cookie. The game itself remains unchanged from previous versions.

The Navigation Bar in android 8.1:

The overall look of the navigation bar is changed. The home, back and recently used app menus are all made smaller and brought closer together than previous versions. The navigation menu also goes down when the screen is not being touched.

Changes in the power menu in android 8.1:

The power menu has become more convenient to users in android 8.1 Oreo. The holding on the power button now does not yield the previous center aligned power off and reset buttons but instead now the power menu is more aligned to the side to give users easier access when using the phone in one hand.

How to get the preview version of android 8.1 Oreo?

Users can now get the preview version of the android 8.1beta on their phones in one of two ways:

Users can register their phone on an OTA system. Users will get over the air updates to their phones and when the final version of 8.1 is released in December their phones will make the transition smoothly. If a user wants to unenroll their phones they have to ensure they have a full system backup as the phone will have to be reset and important information may get lost.