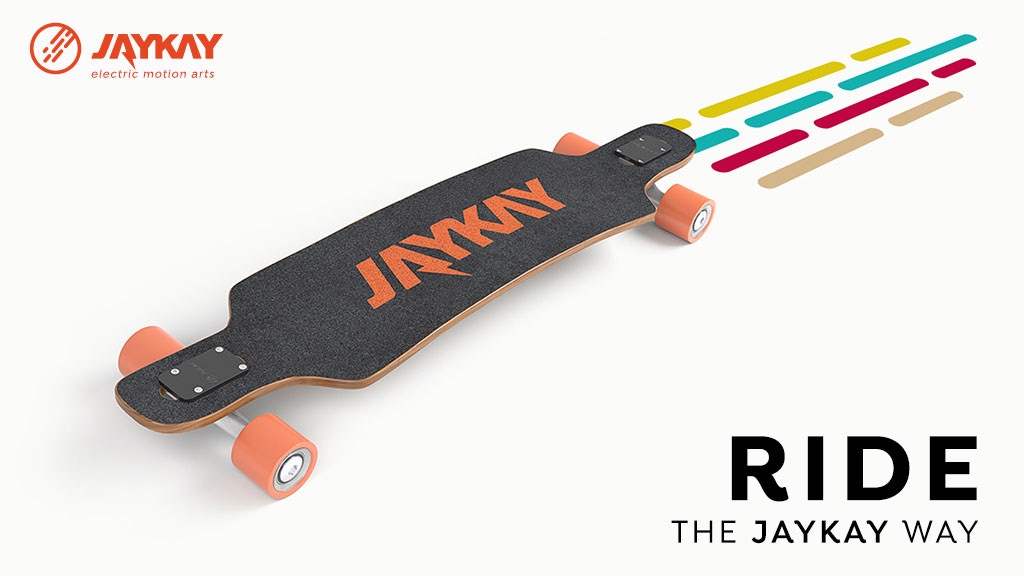 JayKay e-trucks: The invisible engine for every longboard

Would you like to cruise with your longboard through the city again, but you are annoyed by the constantly necessary pushing? Then you should think about the purchase of a board with electric drive! Here, JayKay, who are currently represented with their e-truck on kickstarter, offer an ideal solution for your already existing longboard; A motor integrated into the axles, which can be attached to any deck.Longboards with electric drive have been available for some years, but the available models often leave something to be desired. Replacing the individual components is often impossible, and the boards are clunky and heavy due to the built-in drive. The makers of JayKay accepted these obstacles and set themselves the task of developing an electric drive for longboards, which should now make these problems part of the past.

First uncompromising drive for your longboard

The e-trucks are, as the name suggests, an engine installed in the axles, which is thus actually not recognizable for outsiders. Due to the low weight of about two kilograms per axle, there is no loss in the portability of an e-trucks equipped longboard. Because the complete electronics of the drive is installed in the axles, you have the huge advantage that you can customize your remaining board without restrictions. This was particularly important to the makers of e-trucks, as they are usually very limited in conventional e-longboards.

Another point where the e-trucks stand out from the competition is the fact that they are easy to use. The e-trucks are controlled via Bluetooth using a very inconspicuous clip which is attached to a watch or a tracetrack. The special feature is that the clip captures finger gestures, which allows the longboard to be controlled in a natural and intuitive way. In contrast to many other E-Longboards, the two axles are also controlled, which allows a more homogenous and more comfortable acceleration. If you would like to be able to drive oldschool without additional electric acceleration, this is not a problem, the rollers can be completely turned freely, as with a normal longboard also.

But that’s not all; Also with regard to performance, the e-trucks must not hide from other electronically operated longboards. With a top speed of 30 km / h and a range of 12 kilometers, you can have a lot of fun before you even have to foot or the longboard has to be connected to a power source. The charging is then done either by induction or via the USB-C connection of the axes. If you want to continue as soon as possible you can do this by the quick charging function after only one hour, the normal charging time is short three hours.

The all-round carefree package for E-Longboarders.

Anyone who decides to invest his money in JayKay’s e-trucks will not have to look for alternatives in the next few years. The creative minds at JayKay have taken care of every eventuality and installed a corresponding feature in their axes. This of course also includes an energy recovery system, which recharges the battery during braking. Because the electronics also recognize when the driver is no longer on the board, the board even brakes itself, should the driver leave the board once (involuntarily). Water and dust protected according to IP54 is the whole of course also. In addition, an app is also offered, in which the most important data such as battery status and remaining range can be retrieved.

You can see, the e-trucks are actually, if at all, not much to suspend. The only criticism could be the price of 1.299 euro (in the kickstarter Early Bird offer). In view of the installed technology this is of course quite justified, but unfortunately not affordable for everyone. Anyone who is nevertheless ready to bite the unique axes in the sour apple can still support the project until July 14th on kickstarter and should also encourage all his friends to do the same so that the financing goal of 50,000 euros can still be achieved.